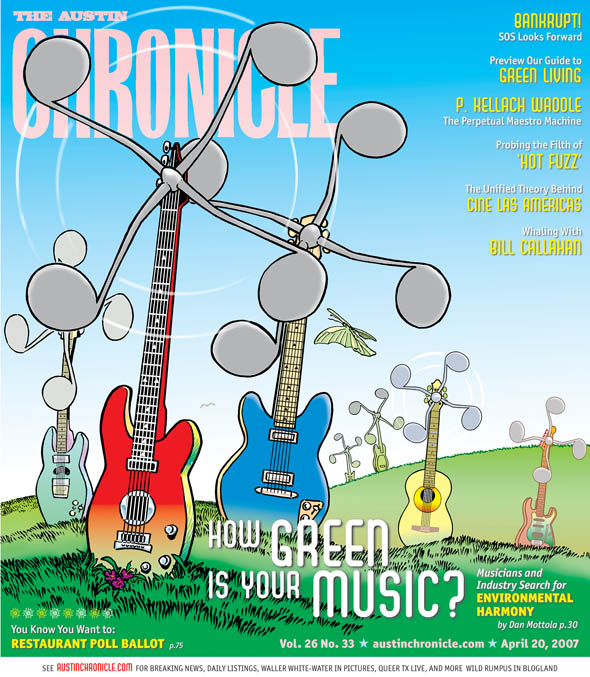 pdf
ON THE COVER:
How Green Is the Music?
news How Green Is the Music?

Cleaning Up the Campsite

A preview of our ongoing guide to green living

Race to fill District 2 spot on AISD board of trustees promises to be highly contested, with four candidates vying for empty seat left by board's longest-serving member, Rudy Montoya

What's Next for Bankrupt SOS?

Staff says life will go on, but tactics may change

A Stroll Along Waller Creek

Development on the Down Low?

A needle-exchange program moves toward a Senate vote

Point Austin: How Are We Managing?

Targeting city manager may be hunting the wrong game 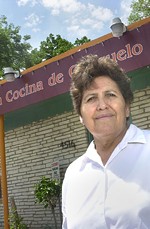 Connie Rodriguez expands her catering business for eat-in or takeout

New restaurants and foodstuffs: It's enough to drive a man to a larger belt

Upscale barbecue in an Austin landmark

There's a pot of gumbo waiting for you
music Old Settler's Fest digs in as Okkervil River's Will Sheff digs out, and Marijuana Law for Musicians tokes on

We Are Alive in Tune

The Return of the Artform

Plug It in and Play

The Pleasures of Merely Circulating

Head First Through the Sound
screens

Cine las Americas goes around the world in seven days

The Bonds of Filth

The boys behind Hot Fuzz dish the dirt

A young Frenchwoman moves to Paris from with nothing but the knapsack on her back and the innocent gleam in her eye.

In this amusing film based on a screenplay by Douglas Coupland, a 29-year-old contemplates life’s purpose and the meaning of “winning.”

A moody thriller that tries to thumb its nose at fatalism, First Snow features another great performance from Guy Pearce.

This legal thriller pits two brilliant actors against each other in a sustained battle of wills that has enough sizzle to keep us rapt even when the storyline sags.

Simultaneously smart and silly, Hot Fuzz demonstrates that it's not necessary to be a buffoon in order to lampoon.

In the Land of Women

Adam Brody stars in this movie, which also features Kristen Stewart and Meg Ryan, as a young man creeping toward adulthood.

This genius Italian comedy from 1962 has been plucked from obscurity and given a sparkling new cleanup job.

A Viking movie with this many graphic decapitations shouldn't be such a bore.

The fishy smell that permeates Perfect Stranger comes from all of the red herrings flopping around this absurdly plotted Hollywood thriller.

Redline dives headfirst into onanistic autoeroticism, but this exotic-car movie feels ill-lubed and mechanical all the way.

David Arquette directs this horror film in which a Ronald Reagan-obsessed serial killer targets a bunch of hippies.
arts & culture

The Music Is Pretty Much Incessant

This Sunday, when Jaclyn Pryor's floodlines is presented again, the Hyde Park neighborhood will be abloom with mystery and have wonders wending their way down its streets

UT's Ransom Center – which has long held to the motto, 'Always be closing' – has acquired the archives of Pulitzer Prize-winning playwright, screenwriter, and director David Mamet

Ah, Wilderness!, Eugene O'Neill's only comedy, is given a lavish treatment at the Mary Moody Northen Theatre, resulting in a dream production full of bright, endearing charm

'The Geometry of Hope'

'The Geometry of Hope' at the Blanton Museum of Art provides a survey of abstract art in Latin America over the 20th century, segmented into chapters by cities and decades
columns

Page Two: All in the Family

Debunking the hippie Mafia theory, and starting to say goodbye to Rollo Banks 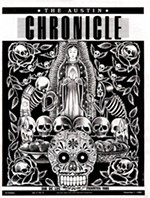 By way of farewell to a fine friend, a gallery of amazing Chronicle covers

Lenin'd last words, the derivation of skiddoo, and Wikipedia gets more cred than the Encyclopaedia Britannica.

Manchester United and Chelsea on track for a series of showdowns, and more