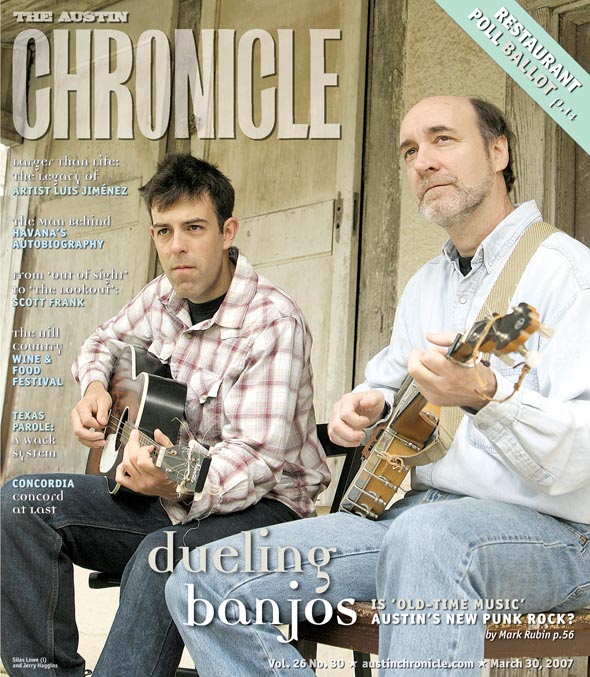 Up from the muck at Concordia

Borris Miles decides he is the arbiter of taste and free speech at the Capitol.

Constable, county at odds over timing and legality of funding cuts

'Alternatives' to Abortion Gets More Funding

Immigration Laws Held Up at the Border

After busting South Congress Cafe back in February 2005 for unpermitted construction of a decked rear patio and privacy fence that covered city sidewalk and right-of-way, city still at odds with eatery

10th Court of Appeals says if it has to, it will vacate the gag order that is improperly curtailing the free speech of Graves, awaiting a retrial for capital murder

8th U.S. Circuit Court of Appeals says contraceptives are intended for use prior to pregnancy, meaning employers don't have to cover cost of contraceptives for female patients under health plans

On the Lege: Budget Rollout

The budget battle begins at the Capitol

To leave Iraq is a political journey

Concordia pushes council to the limit

Stand Up To War; and Ignoring Paris 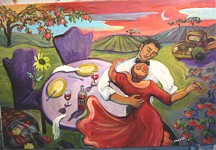 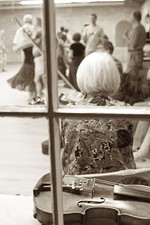 Permits, or lack thereof, cause a huge to-do between FactoryPeople, SXSW, and various city agencies, while musicians spin some hot-rod yarns and the King of Sixth Street abdicates his throne

Because of the Times

Living With the Living 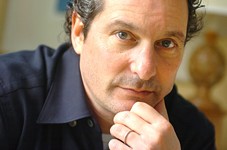 Longtime screenwriter and first-time director Scott Frank on The Lookout

Spaces Between Realities: The Films of Michael Haneke

More on the original Alamo Drafthouse's big move; plus, will a $40,000 incentive be enough to keep the Lights on in Austin?

War and remembrance: Part I

This ice-skating comedy demonstrates that just because Will Ferrell is game for anything that might draw a laugh, it doesn't mean he should follow through with every idea that comes his way.

The Hills Have Eyes II

This sequel to last year’s remake is as witless and simpleminded as the irradiated humanoids that serve as the franchise’s bad guys.

The Lookout, an odd caper story, marks Scott Frank’s directorial debut after years of working as a screenwriter on movies like Get Shorty and Out of Sight.

Mira Nair's complex meditation on family, relationships, and identity traces the saga of two generations of an Indian-American family, as outlined in Jhumpa Lahiri's bestselling novel.

The Prisoner or: How I Planned to Kill Tony Blair

Documentary from the filmmakers who made Gunner Palace details the story of Yunis Abbas, an Iraqi journalist falsely detained for nine months at Abu Ghraib.
arts & culture

The late Luis Jiménez created art on a grand scale – and lived life that way, too

Texas Medal of Arts Awards: The stars at night are big and bright ...

For the second time in two years, the Liverpool Institute for Performing Arts – a true school of rock – will be auditioning students in Austin

Two Austin choreographers take over New York's Ballet Builders, two new pieces of Austin public art get dedicated at once, and Arts on Real blows out four candles on the cake

Page Two: SXSW Is for Lovers

Looking for clarity in the hate-intoxicated haze 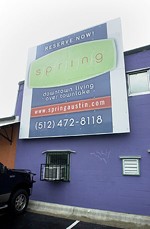 People in the small towns of the West and Midwest are watching their communities, and their way of life, shrivel and die.

Getting married – what about a prenup?