pdf
ON THE COVER:
We Were the Urban Pioneers
news

We Were the Urban Pioneers

Our search for the just-right million-dollar condo, in the wilds of Downtown

BY WELLS DUNBAR AND JORDAN SMITH

Which of these condos is not like the other?

What Happened to Affordability?

Notions of a mixed-income Downtown seem to have faded

Time for a Raise?

How to Be a Mueller Pioneer

We've been plugging the dike with overtime, and the cracks are showing

FLDS leader Jeffs asks that rape-as-accomplice trial be moved; in different case, judge orders him to pay up

VMU: Coming Soon Near You

Time to weigh in on Vertical Mixed Use zoning

Board members and faculty debate which text to adopt for middle school mathematics, board discusses plans for Kealing Middle School

Burglars break into buidings under construction, leave digital photos of themselves behind

The Accenture scheme blows up in the state's face 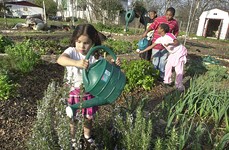 Local schools see students not only eating all of their vegetables but growing them, too SXSW 07: a lot of carrying on, a massive jolt of energy, then oblivion

The Good, the Bad & the Queen 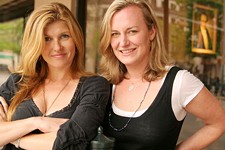 Come as You Were

Sarah Kelly and Connie Britton on The Lather Effect

Who needs the Warehouse District when you can have the Ritz on Sixth?

Alliance Atlantis released the show's collected episodes season by season last year without frills or fanfare, but even without extras, they're worth discovering

Color Me Kubrick: A True...ish Story

This story about a con man who pretended to be Stanley Kubrick is a playground for star John Malkovich.

A supernatural thriller about a ventriloquist who goes mad, from the team that brought us Saw.

Jesus Feliciano is a Mexican national who joins the Marines to gain U.S. citizenship and returns home from Iraq with a nasty case of post-traumatic stress disorder.

This manic monster party from South Korea cleverly updates the Japanese monster-movie genre while offering a witty and sweet look at what's left of the nuclear family.

I Think I Love My Wife

Who would have ever guessed that Chris Rock would be the guy to film an American remake of Eric Rohmer's meditation on fidelity, Chloe in the Afternoon?

Bollywood film about a British girl torn between an arranged marriage in India and her boyfriend back in England.

Sandra Bullock again turns toward the supernatural in this thriller in which she plays a housewife who's uncertain whether her husband is alive or dead.

Based on the true story of Jim Ellis, who created a nationally respected swimming program from an abandoned community center, Pride is a by-the-book sports film.

This Adam Sandler and Don Cheadle film is often disjointed and needlessly sentimental, though the film's whole often compensates for its sketchy parts.

Mark Wahlberg plays an ex-Marine marksman who is set up to be the fall guy in a government plot.

Back on the screen for the first time since the early Nineties, the Ninja Turtles are now animated via CGI, though their plot and character details got lost in the shuffle.

Writer/director Callahan keeps his characters talking from the first frame to the last – and like all great chatterers their preferred topic is love and all its variations.
arts & culture 'La Víctima': An old message still needing to be heard

That buzz last summer about an off-Broadway run for Steven Tomlinson's American Fiesta? Consider it confirmed: The show opens in New York on April 26.

A concert of works by Donald Grantham, Russell Pinkston, Bruce Pennycook, Dan Welcher, and Yevgeniy Sharlat will be a veritable home-run derby of music by UT's compositional heavy hitters

The winners of the Amster Youth Concerto Competition tune up, the Biscuit Brothers get buttered up (by the Lege), and Koper scoops up Texas Biennial inside info

Vortex Repertory Company's new production of Shakespeare's Hamlet has a strong contemporary feel, but ultimately it diminishes some of the power of the tragedy

Confessions of an evil dwarf What a week! Stephen revels in Austin in its top form.

The Rodeo Heritage Museum in Dublin, Texas, tells the story of the beginnings of the modern rodeo

Knows is The first bank robbery and that shifty Sasquatch