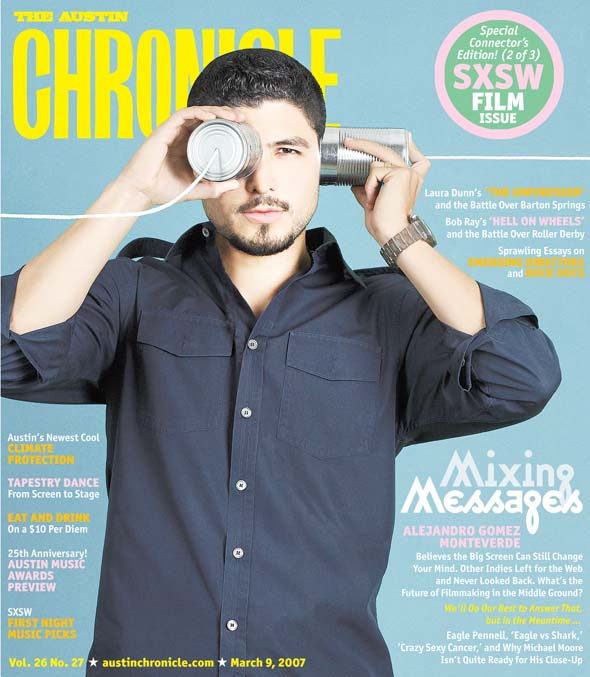 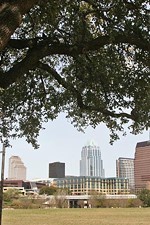 How Cool Is Austin?

With a deep, collective breath, the city rolls out a world-class – but as yet unproven – climate-protection plan

A Glossary of Cool

A quick definition of terms used in describing the Austin Climate Protection Plan.

Plan in the works for making bridge over I-35 between Sixth and Eighth streets more hospitable to pedestrian traffic.

ACLU files 10 lawsuits on behalf of immigrant children who were detained at the T. Don Hutto Family Detention Center in Taylor

News from beneath the pink granite dome

Austin embarks on a long but hopeful journey

Beside the Point: Time Is on Her Side

When it comes to zoning cases, perhaps less is more

More Monkeyshine From Exxon; and Making an Honest Dip

Enjoying good food and drink for $10 a day during SXSW

Remembering Russell Altenhof; plus, the Food Network finds us so irresistible that they'd like to put us on a plate and sop us up with a biscuit

Chocolate in Mesoamerica: A Cultural History of Cacao 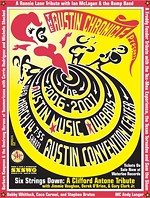 Spend the evening with your favorite record label.

Beyond borders with Austin's Lonesome Heroes, U2 tribute band Mysterious Ways, Whiplash the Cowboy Monkey, and a bunch of SXSW international bands with their fingers crossed.

Dial T for This

Recognizing the pictures, but also the kinds of spirits who appreciate them: the Texas Film Hall of Fame Awards

From turtles to "The Next Tim Day"

The legend of Alejandro Gomez Monteverde

In the struggle between local environmentalists and developers, Laura Dunn's documentary reminds us, Barton Springs was only the beginning

Marcy Garriott on the intricate dance between documentarian and subject

Battle of the Jam Bands

To find themselves, the subjects of this year's rock docs found that they had to follow their own sound

We Have Met the Future, and It Is Us

Film on the Web, part II: the movies

Looking More Closely When Others Look Away

On directors examining structure, storytelling, and how pictures can move us

The divergent paths of one disease, in life and on film

Canadian filmmakers Debbie Melnyk and Rick Caine set out to celebrate a lion of the left. They ended up with something a little different.

Taking the 'Us' out of It

Sarah Lipstate's songs – and shorts – of innocence and experiments

Despite all its clichéd moralizing and blatant borrowings, the movie does offer a few clever twists on an old sports-movie formula.

This multiaward-winning documentary was two years in the making and tells stories about modern Iraq in the words of civilians of various ethnicities.

This Renée Zelweger movie about the life of Peter Rabbit author Beatrix Potter lacks dramatic tension and a sense of purpose.

Both Frank Miller's comic about the legendary battle of Thermopylae and Zack Snyder's cinematic adaptation are bloodthirsty affairs, awash in spectacle.
arts & culture 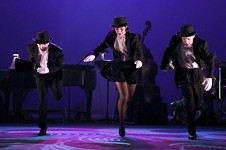 What's Past Is Prologue

'My Trip to Al-Qaeda': Lawrence Wright's journey from page to stage

Lawrence Wright's experiences in the years he spent researching The Looming Tower: Al-Qaeda and the Road to 9/11 have become the basis for a one-man theatrical work

Gallery Lombardi: A little farther from the train tracks, but the art still rocks

Gallery Lombardi has left its longtime home on Third Street for new digs on West Seventh, but you can expect the same great salon-style group shows for which it's known

Rarely has Austin seen a play or production with as much of a social conscience as Naomi Wallace's Slaughter City, as staged by the UT Department of Theatre & Dance

Tennessee Williams' The Glass Menagerie may have been done to death, but the strong cast of the Austin Shakespeare Festival production makes this masterpiece come alive again

Owen McAuley's late-night landscapes lit by street lamps and other artificial sources are all strikingly beautiful, but some struggle to achieve a sense of mystery
columns

An invocation on the eve of South by Southwest 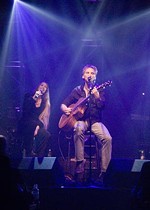 How to keep your moons sparkling