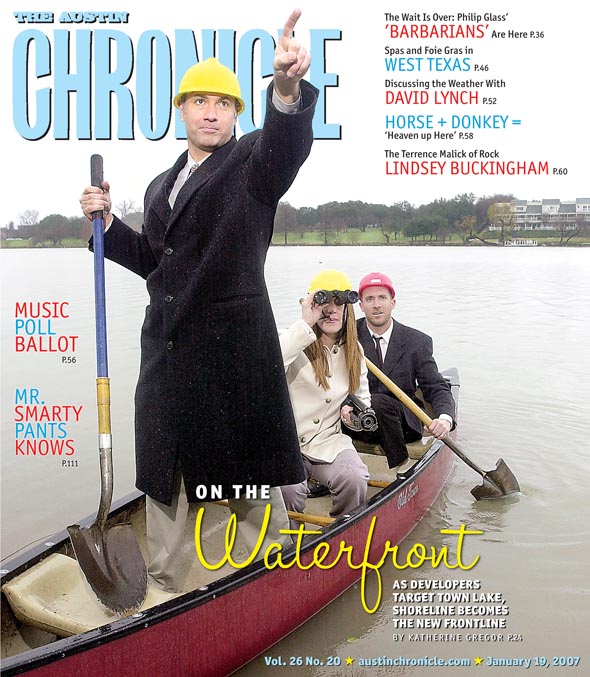 pdf
ON THE COVER:
On the Waterfront
news

Dinos in the Dome

NARAL hopes these five legislators are headed for extinction

Amended version of Big Box Ordinance bounces back down from council to the Planning Commission, hangs in review limbo

In an unusual set of legal circumstances, UT Capital Punishment Center co-director argues to justices that they should refrain from ruling on cases he previously brought to them

Point Austin: Act Against the War

Doggett:"We have to do everything we can"

Immigration Surrealism; and A Little Help for Their Friends 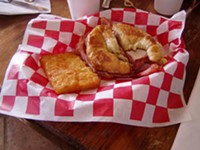 On Leaving Paradise for an Oasis

Must-Visits in Marathon, Alpine, and Marfa

The Soul of a New Cuisine: A Discovery of the Foods and Flavors of Africa

No code needed for Da Vinci

Horse + Donkey collides with Echo & the Bunnymen's Heaven up Here

Ghostland Observatory goes to the opera, Friday Night Lights goes to the Broken Spoke, SXSW goes to France, and everyone else stays home because of the ice storm

Wincing the Night Away 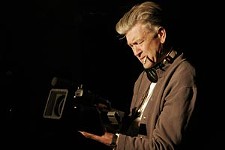 Four for the Weekend

Rules of the Game remastered; a Bruno S. double feature; and The Hitcher reaches its destination

Incentives, the end of Sinus, Screen Door, and more

Arthur and the Invisibles

Bollywood film about a visionary entrepreneur and his love life.

In his companion film to Flags of Our Fathers, Clint Eastwood again shows the process by which young soldiers become unwitting fodder for their country's war effort.

The boys are back with their hyper-filthy animation show.
arts & culture 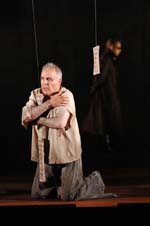 An Opera for Wartime

ColdTowne presents the second edition of its own comedy festival, see. hear. speak.

The Goat, or Who Is Sylvia?: Tragedy defined

With The Goat, or Who Is Sylvia?, playwright Edward Albee proves he is still able to shock us, move us, and create a true tragedy

For much of Daniel MacIvor's A Beautiful View, its two characters keep finding and losing each another, but in the end, though something is lost, something beautiful is found again

This is the number of deaths a year caused by how we do (or don't do) health care. A decade of that, and it's as though terrorists nuked Chicago.

Huzzah! Stephen is back, jingling his balls and getting all Carrie on yo' keister.

Los Adaes, the first capital of Texas, once stood on the edge of the world stage

My car was wrecked – now what?