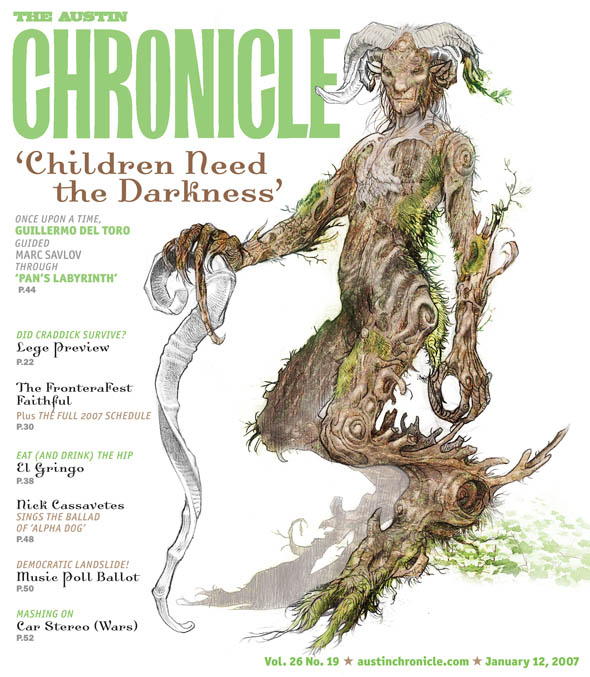 pdf
ON THE COVER:
Once Upon a Time in Spain
news

In Search of a New Agenda

Block 21 Plans Getting Around

Who's in Charge at APD?

It's difficult to say who's running the cop shop these days

Mental Illness and Execution: Supremes to weigh in

Supreme Court will hear appeal of Texas death row inmate Scott Panetti, to address question of how mentally ill a person has to be for an execution to be considered cruel and unusual punishment

Point Austin: The Other House

Senators meet the 80th with anticipation

The Invaders From Afar; and the Inspiring Power of Kids

Colette Rossant's The World in My Kitchen

Amid lounging hipsters, comfort food with a sophisticated spin

A Trip to Bountiful Bakery and Cafe

After the death of her young daughter Libbie, longtime Austin caterer Becky Nichols was inspired to create a business where a portion of the profits would benefit children living with cancer
music 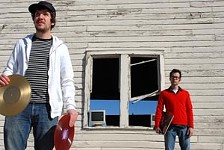 Everyone Knows Everyone: An online guide to Austin DJs and the top five MP3 blogs

The Book and the Flower 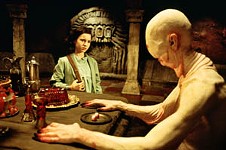 Once Upon a Time in Spain

Vladimir Who? or Get Thee Behind Me, Satyr

Deep Inside the 'Labyrinth'

You can put down the book now

The Haunted Strangler, Corridors of Blood, First Man Into Space, and The Atomic Submarine

It’s a soggy true-crime drama – too serious to be trashy, too trashy to be serious.

For anyone venturing to see this so-called comedy, it will be hard to remember that Cedric the Entertainer is actually funny. Or rather, he can be.

Curse of the Golden Flower

The rather emotionally insignificant melodrama at the center of this film is given only minimal cover from scrutiny by Zhang Yimou’s visual virtuosity.

The animated Happily N'Ever After isn't just cynically humorless, it's shoddy-looking to boot.

Notes on a Scandal

This movie with Judi Dench and Cate Blanchett is a hothouse psychodrama, full of outrageous and florid sentiments that are made semipalatable by the quality of the craftsmanship involved.

Pan’s Labyrinth catapults Guillermo del Toro to the top ranks of international filmmakers: His dark and fertile imagination appears to have no limit.

Perfume: The Story of a Murderer

Adapted from Patrick Süskind's heretofore unadaptable cult novel about an olfactory vampire in 18th-century France, Perfume is a gorgeous but woefully overlong and ultimately misguided mess.

A news crew goes upriver in South Africa to capture a fearsome 25-foot crocodile and also tangles with a local warlord.

Although littered with clichés and shopworn manipulations, this film's intervening dance sequences are so captivating that it’s almost possible to forget you’ve seen this movie a hundred times before.

No working male director loves the community of women more than Almodóvar, and Volver is his ode of love to women’s congress and fortitude.
arts & culture 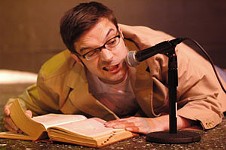 Portraits of the Artists as FronteraFest Regulars

'No American Talent': Coming around the Mountain from faraway lands

Tapestry Dance Company has to leave its home of 10 years, but it's headed for bigger and better digs in South Austin

TexARTS' Big River, its first foray into full-scale musical production, was more than impressive; it was energetic, entertaining, and joyous

There's a lot of improv to be seen in Austin, and much of it is good; the Available Cupholders are an excellent example of why and how

Volitant Gallery's pairing of Katy O'Connor and Jennifer Drummond works so well, you might want to gather some friends and go picnic in the woods by way of celebration
columns

Page Two: In This World 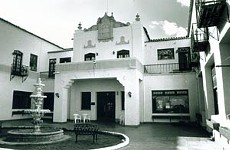 Add these destinations to your checklist of must-do day trips

Queen Victoria's burial booty, and catching up with the Oyls