Annie's List jumps out of the red and into the blue

The People Have Spoken: Here are your icons

The results of our "Icon or Eyesore?" contest are in

Developing Stories: Northcross Neighbors to Wal-Mart: You don't want us as enemies

Beside the Point: Their Northcross to Bear

How Glamorous is Child Labor?; and A Sweet Fix

These cookbooks – which would make excellent holiday gifts, by the way – explain everything 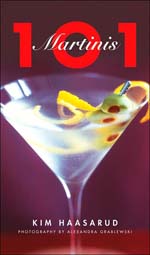 What to Drink With What You Eat: The Definitive Guide To Pairing Food With Wine, Beer, Spirits, Coffee, Tea – Even Water – Based on Expert Advice from America's Best Sommeliers

Talking With My Mouth Full: Crab Cakes, Bundt Cakes, and Other Kitchen Stories

Cradle of Flavor: Home Cooking from the Spice Islands of Indonesia, Singapore, and Malaysia

The best new books on pastry, chocolate, and more

Toys, tamales, and drive-through pies – the holidays are here in earnest

We're here to present you with several attractive options: among them, drink whiskey, shop sustainably, and/or construct a gingerbread house
music

Year of the Squirrel

What It Is! Funky Soul and Rare Grooves from the Vaults of Atlantic, Atco & Warner Bros. Records

Everything under the Sun

A Half Century of Hits

RT: The Life and Music of Richard Thompson

Its inaugural class – equipped with cameras, computers, and expert instruction – wades into a sea of possibility

From Cinemaker to the Austin School of Film

Heather MacDonald's 'Been Rich All My Life

The Unforeseen, Teeth, and Joshua

"By the time someone has gone from heroin to speedballs, methadone, and prescription drugs, the magic is over. The fantasy now is what other people might call a routine day."

The ever-astonishing filmmaker Mel Gibson continues his (probably unintentional) study of the mortification of the flesh through the ages.

This well-meaning social drama about the intersecting lives of a dysfunctional, upper-middle-class family in suburbia and the residents of a deteriorating public-housing project is flimsy at best.

After his son's death, an Indian father-in-law tries to get his daughter-in-law remarried.

This action-packed take on the issue of blood diamonds is an example of social critique masquerading as cineplex fodder.

From the director and writer of Secretary comes this odd fictional biopic about this photographer's impulses.

Two weeks before this Paris Hilton sorority comedy is released to DVD, the film is making a half-hearted theatrical run.

What we really want when we want Santa

After a powerhouse first year of sold-out shows, critical awards, and company growth, the shrewd women of Shrewd Productions are returning to their debut effort, the holiday burlesque Xmas Unwrapped!

With their performance of Touched Twice, the members of the Austin Eurythmy Ensemble mark 10 years of embodying sound through movement

Half a millennium after Franciscan missionaries brought the nativity story to Mexico, the Austin Latino Theater Alliance continues the tradition of La Pastorela but also creates something totally new

The Santaland Diaries, as staged by the Zachary Scott Theatre Center, lets you laugh at the ridiculousness of American Christmas customs and yet leaves you feeling a bit more merry
columns

Jim Heffley's death, on November 26, was a loss not only to his large circle of family, friends, and colleagues but to all of us in the extended Austin community who were lucky enough to benefit from his extraordinary professional expertise

The film Babel is winning awards, but none of them for Best Comedy. It seems I'm fated to laugh alone.

Your Style Avatar takes you on a shopping spree to test out Tickle Me Mark Foley's stamina and to find Kinky boots or give Kinky the boot(s).

Sexual harassment at work - what is it?

The monkey bite heard round the world