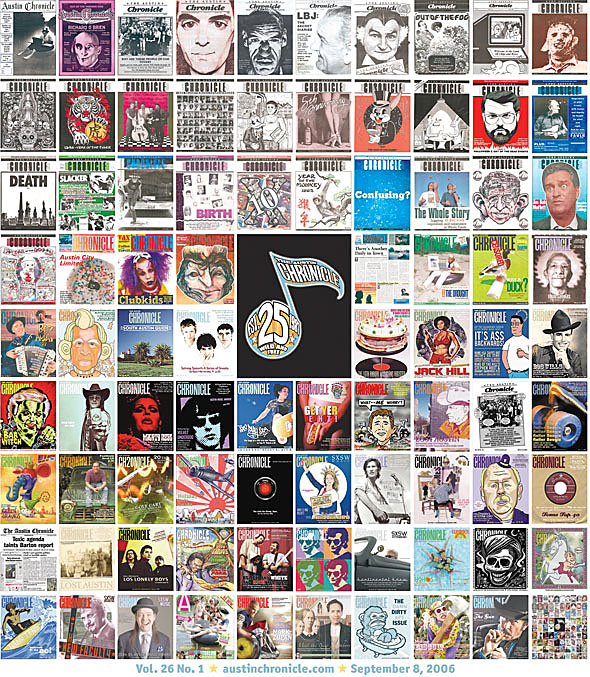 pdf
ON THE COVER:
An Austin Chronicle
news 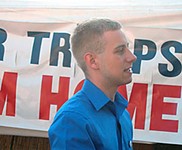 Spc. Mark Wilkerson learns that it's a lot easier to get in the Army than it is to get out

What Is the Texas Energy Center?

Is it a taxpayer-financed boondoggle for the oil and gas industry, or an economic development driver of new jobs and cutting-edge technology?

Go Directly to Iraq; Do Not Pass Afghanistan, Do Not Collect Bin Laden

Austinites' board game does what Bush cannot

Beside the Point: Taxing Effectively

Debate should focus on meeting community needs, not arbitrary numbers

Code Red on Deodorant Sticks; and Save Us From Our Protectors 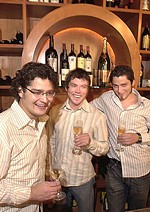 The food is as good as it was before the fire

Much to be thankful for
music 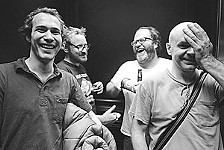 Moonlight Towers' DIY road rage: This is you, Austin

A pictorial history of TCB's, and the modern Austin music scene's, formative years

Introducing Miss Lauren Marie, Satan and the Goddess, The Pearl and the Swine, Sugar in My Coffee, Right Where I Belong 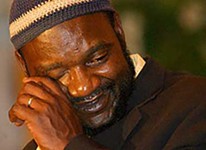 The AFS Texas Documentary Tour: 'The Trials of Darryl Hunt'

Pull the film loop tighter; plus, how to give Harry Knowles a heart attack

So how does it hold up, the arch back-and-forth of these kids treading water in dead-end video-store gigs and oddly affecting affairs with underage girls?

At first glance, Toby Keith drama Broken Bridges is about reconciliations; really, though, the movie is about the cross-marketing potential of contemporary country music full of cliché and contrived music performances.

Brothers of the Head

An astonishing twinning of wild imagination and drop-dead realism, Brothers of the Head is simply the most poignant and exciting mockumentary about (conjoined) sibling rivalry, revelry, and reversal of fortunes ever made.

Belgian horror romp Calvaire is so dead-set on being disturbing that it ends up tripping over its own hobbled feet and evoking fewer gasps than curdled little giggles.

Jason Statham's Crank – despite the fact that its ever-revving mayhem is ultraviolent, sexist, and frequently offensive enough to warrant a look-see by both the ACLU and the DOJ – is pure action-film bliss.

The story of the friendship and contrasting paths to success of two natural ballplayers, both of whom appear to be too old to be playing teens, Crossover tries hard but never makes the leap.

Charles Bukowski's Henry Chinaski is back, played by Matt Dillon in a low-key, gorgeously beery performance; it's 100-proof Bukowski, but with a decent barkeep at the helm and Lili Taylor's Jan on his arm. Factotum, for all its grim grind, is funny-serious and smart-stupid.

Although Hollywoodland stokes the dying embers of uncertainty regarding the 1959 death of George Reeves, TV's Superman, it nevertheless seems that the result should be more provocative and scandalous.

Mike Judge's underrated comedy Idiocracy is the story of a man who awakes 500 years in the future to find a society so dumbed-down that he instantly becomes the smartest person alive. 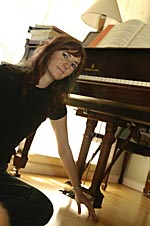 Plays Well With Others

'Black and White and Read All Over': They got the shots

'The Austin Chronicle' pays tribute to the often-unsung shutterbugs who have added so much to our pages with the exhibit 'Black and White and Read All Over: 'Austin Chronicle' Photographers Celebrate 25 Years'

The West End space, vacated by F8 Fine Art Gallery, is now a new home for the Russell Collection, showing contemporary artwork alongside its paintings by the masters of yore

Support your local nonprofits by buying prisoner art for the Inside Books Project, running a 5K for the Paramount and State theatres, and listening to Latino artists for the Austin Latino Theater Alliance

Austin museums want you, and Richard Buckley conducts in the Windy City

Bell(e), ethos' installation focusing on literary suicides, chucks the adolescent illusion that killing oneself is a meaningful act of passion

The Oliver Boberg retrospective at Lora Reynolds Gallery is a must-see, but telling you why might spoil the surprise

D. Berman's joint exhibition of work by Naomi Schlinke and Gladys Poorte is an illumination of the "creatorly" power of the artist in process art
columns

Page Two: For the Fun of It

What are the most effective treatments for curing and hiding the effects of vitiligo?

The bikes for weapons program takes off in Congo

Why the Texas Longhorns Must Lose This Weekend

Fathers, children, and when glorious runs come to their ends