pdf
ON THE COVER:
My Migas, My City
news

My Migas, My City

Las Manitas, the Pérez sisters, and a usable past

Considered the favorite six months ago to capture the House District 48 seat vacated by Todd Baxter, Republican Ben Bentzin has all but disappeared from the playing field

GOP Redistricting: Hosing down the ballot

The implications of three Republicans – Henry Bonilla, Lamar Smith, and Michael McCaul – all based somewhere else and representing Travis County, aren't merely about the county's representation in Congress. In a world of old-fashioned partisan politics, changing of guard also has down-ballot implications.

Will AG buy Texas District and County Attorneys Association's claim that changes in law, instituted by legislators during the last two legislative sessions, mean doctors who perform some abortions are now eligible to face capital murder charges and possibly a death sentence?

The Government's Sick War on Marijuana; and Pumping Out More Advertising

A little bubbly for poolside?

Walgreens, what will you think of next? Plus, Hi. 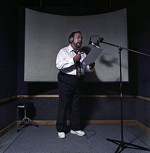 Tejano music, as a genre, might be on the ropes, but Sunny Ozuna – one of the genre's architects – is anything but

I Love You but I've Chosen Darkness, Red Leaves, Smog

According to Plan, All the Zombies, Rock Bottom Riser

Someday Soon Things Will Be Much Worse!

The Gospel According to Austin Vol. 5

The Gospel According to Austin Vol. 5

Letters to the Muse
screens 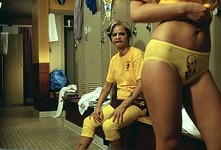 Amy Sedaris on 'Strangers With Candy'

The end of an era on six discs

Kevin Smith is on solid footing with this sequel, which finds the filmmaker and his raunchy protagonists at the precipice of maturity but moving ahead with cautious baby steps.

Lady in the Water

The performances are bang-on, and there are moments of great beauty throughout, but Lady in the Water ultimately capsizes under the weight of its own goofy story.

If you can accept the very idea of Shawn Wayans’ face on the body of an infantilized baby-man in diapers, who’s to care about the quality of anything else in the movie?

This animated tale of a carnivorous, haunted house and the band of neighborhood kids who decide to put it out of commission feels maddeningly unfinished.

The high school comedy of co-creators Dinello, Colbert, and Sedaris is completely over the top in its audacity and absurdity.
arts & culture

Eartha Kitt is one funny dame

With American Repertory Ensemble, a company of artists from both music and dance, choreographer David Justin and composer Rob Deemer hope to start a new dialogue between their two disciplines

St. Idiot Collective's 'Vaudeville Vanya' ambitiously seeks to explode a great old play with a great old medium, but it ends up a sheen of vaudeville brushed over a hellbent staging of Uncle Vanya

The Dirigo Group production of Daniel MacIvor's 'In On It,' with two actors in multiple roles, succeeds beyond an exercise in acting and becomes a heartbreaking wound that feels good to receive

Page Two: Things Blow Up for No Reason

Still weekly, free, and a little stunned, we enter our 25th year

Ban what you please, although the current campaign against secondhand smoke will not prevent the 21st-century universe from killing us. It merely provides the illusion of safety.

Austin designer Jerri Kunz on plastic trees and the shoeless

Protective orders – how can they help?