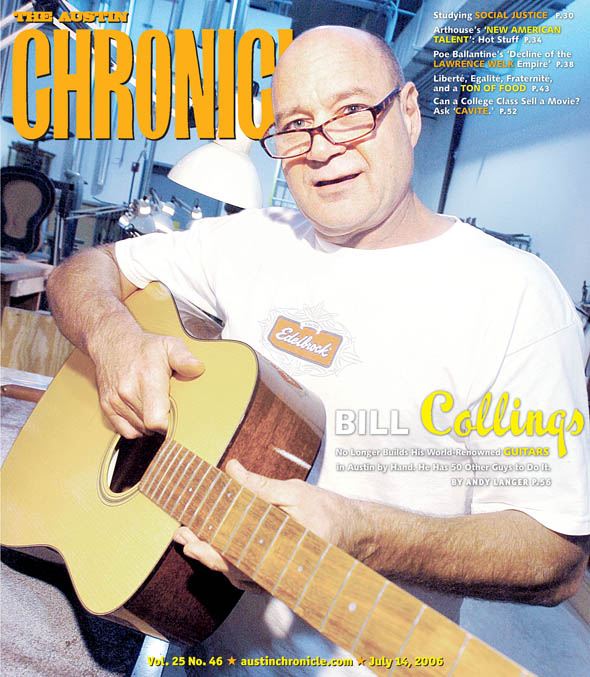 pdf
ON THE COVER:
Building the Perfect Beast
news

Austin students get a summer immersion in activist history

Put it on paper!

Suit claims commissioners gutted constable's budget after it had already been adopted, in order to transfer mental-health duties from constable's precinct to sheriff's office

Say Hello to Your New ME

The little Lutheran school along I-35 is relocating, and a large mixed-use development is slated to take its place

Second of two House Subcommittee on International Terrorism and Nonproliferation hearings held in South Texas; and Department of Homeland Security progresses with plans to militarize – and privatize – border

In failing to pass bill that would have led to federal minimum wage raise, Congress fails workers

It's still early, but the governor's race bears a closer look

War Numbers; and Ignoring News of the People

The Good Egg: More Than 200 Fresh Approaches from Breakfast to Dessert

The egg, once scorned, is now celebrated

Austin loses a leading foodie, at least for a while; plus, the French rule

A culinary and cultural treat for Austin
music

Building the perfect acoustic (and soon, electric) guitar - by hand

A Distant Land to Roam:Songs of the Carter Family
screens

How a class I took in college helped find distribution for a low-budget, high-caliber indie

'Beyond the Rocks' and 'Electric Edwardians: The Lost Films of Mitchell & Kenyon

This rocketing thriller that pits an unseen Filipino terrorist against an unwitting Filipino-American dupe is one of the purest examples of no-budget, seat-of-the-pants, gloriously DIY filmmaking since The Blair Witch Project.

The pirate genre will always be buoyed aloft on the swells of outrageous action, ridiculous couture, and the derringest of do – and this sequel is no different.

Larry Clark, the director of Kids, is back 10 years later with this look at a group of teenage male Latinos in Los Angeles who have more than the usual difficulties finding somewhere to fit in.

You, Me and Dupree

The story of the houseguest who won't leave gets another reworking in this diverting yet disposable Owen Wilson vehicle.
arts & culture

The 21st 'New American Talent' exhibition features a whopping 72 works of art, many of them created from everyday objects

In the first year of Camp Nohegan, 30 artists gathered for four days in cabins at McKinney Falls State Park, made arts and crafts, took lots of pictures of each other, and generally hung out

The Play About the Baby

Though the baby in Edward Albee's 'The Play About the Baby' may or may not exist, the play is funny and, in its evocation of a traumatic dream state, terribly, horribly frightening

Some of Austin's finest young actors have banded together as a creative family called St. Idiot Collective and are out to make solemn Anton Chekhov fun with 'Vaudeville Vanya'

With 'Seven Brides for Seven Brothers,' directors Ginger Morris and Robin Lewis and a wealth of local musical talent have created something truly special: the best Zilker Summer Musical in the past 10 years

Only one woman in Austin could play Shirley Valentine with the charismatic hold of a storyteller, and that would be Bernadette Nason, who stars in Onstage Theatre Company's production

With its second exhibit, The Donkey Show moves away from the spectacular toward something a little closer to home, or at least to Home Depot: Rebecca Ward works with masking tape, and Kurt Mueller's supplies are straight from the paint aisles
columns 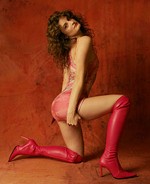 Stephen eats out. You can't take him anywhere.

The Robert E. Howard Museum in Cross Plains modestly holds the story of the creator of 'Conan the Barbarian' like a thin-shelled egg

Is lithium safe for a teenager?

Neuroses aren't so sexy after all

Italy triumphant, the United States drops in the world rankings, and more