Why Is the Medical Examiner's Office so screwed up?

Travis County ME: Who's on First?

Lots of finger-pointing over who's to blame

As the end of the primary federal housing program keeping roofs over the heads of area hurricane evacuees gets closer, local homeless advocates and social service providers try to prevent evacuees from falling through affordable housing cracks

Will the Nuke Mushroom?

What is a navigable waterway? Court's latest weighing of limits of Clean Water Act portends future of additional regulatory battles and likely talk of amending the act

The 'Statesman' discovers a sinister plot to take control of city government. The culprits? Those union goons, of course

An assessment of the airport police, park police, and city marshals

Ad Creep Advances; and Congress Does It Again

New flavors take us to the top of the taste mountain, but also to the valley of agony and despair

Off with our heads on some misreporting of the Lazy Fork Barbecue legacy; plus, an Independence Day Event Menu

You've got to try these Australian meat pies
music 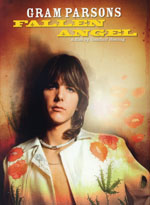 Gram Parsons, back in a big way even if he never left

Song for My Fathers: A New Orleans Story in Black and White

We Shall Overcome:The Seeger Sessions
screens

The Latest From Z Zeitgeist

'Pathogen' and 'Zombie Girl: The Movie'

I've Had a Wonderful Evening ...

A fresh and caustic take on the fashion industry is hobbled by a threadbare plot about a girl learning that it's wrong to sell her soul for designer shoes.

Iconoclastic artist Matthew Barney and his paramour Björk flood the screen with arresting images and sounds, and though little of it makes ordinary sense, it's compelling nevertheless.

This indie ensemble film from Australia examines big issues such as life and death but it's really at its best when probing smaller interactions.

Superman returns to Earth seeming more like a humbled prodigal son than an invincible superhero.

This disturbing but emotionally authentic story about adolescent life treats its subjects with bravery and compassion.

An ex-con in Los Angeles gets pulled back into the gang wars when he has to rescue his son, who was in his carjacked vehicle.
arts & culture 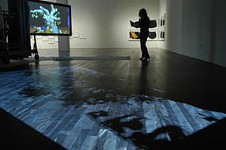 In a new ad campaign, the Blanton redefines 'art,' raising questions about what it means

To present an in-your-face play about weight as your first show requires real intestinal fortitude, so consider the Vestige Group, making its debut with Neil LaBute's 'Fat Pig,' a gutsy bunch

A Brief History of Helen of Troy

Capital T Theatre Company's 'A Brief History of Helen of Troy' depicts a lot of brutality in a teenage girl's world, but ultimately it's about caring, connection, and love

Art Palace's exhibition 'Summer Fling' offers a look at that ever elusive 'real thing' that is at once as disturbing, pleasurable, and seductive as art in Austin can get

I Love My Dead Gay Son: The Musical!

With 'I Love My Dead Gay Son: The Musical!', the energy-to-burn Yellow Tape Construction Company turn this cult film 'Heathers' into a loud, amped-up send-up of everything Eighties
columns

With a successful 30th high school reunion under his tunic, Stephen proves that you can go home again

Annulment – as if the marriage never happened? 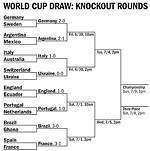