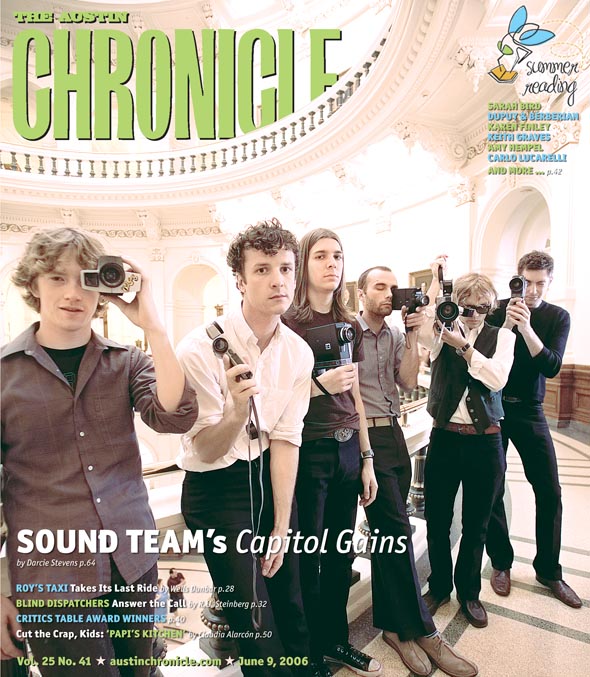 pdf
ON THE COVER:
Be Real
news

The Lame, the Halt, and the Parking Thieves

After filing multiple campaign-finance complaints against others, Libertarians get slapped with their own

Can the Y Be Fixed?

"Community alliance" of Oak Hill residents, anti-toll activists, and Austin environmentalists gets first shot next week at convincing CAMPO to reconsider TXDOT's plans for the "Y"

Running all the numbers, we have to pay for what we need

The Ruby Red Cocktail; and An Appeal to Evangelical Voters 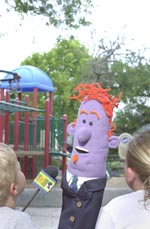 It's Noon. Do You Know What Your Children Are Eating?

The road to a PBS documentary

The decisions we make regarding what foods we buy, where we buy them, and how we eat them have implications that touch on environmental, political, economic, moral, health, and agricultural issues

The nature of nonprofits; plus, the scoop on this week's culinary calendar

TCB shields his eyes from the still-vampiric Bauhaus, says so long to Jay Clark and Clifford Antone (again), and counts down the decade's definitive songs ... so far

Antone's Home of the Blues

Antone's Home of the Blues

It's Not the Fall That Hurts, Jumpin' Jolie, Broke, Not Broken, Somethin' Else, Soldiers of Love, Before You Say Amen, Devil on My Trail

Every Day Is Saturday Night

Picture in My Head

This World We Live In

The Very Best of Lisa Loeb

A Curiosity, Tough to Crack

The AFS Texas Documentary Tour: Don Bernier's 'In a Nutshell: A Portrait of Elizabeth Tashjian'

Going 'Beyond' With John LaZar and Erica Gavin

Touchdown! Cue the band and fireworks or whatever; plus, all 'Quiet' on the Burnt Orange front, and more

As much codas to childhood as preludes to manhood, each of these films have a different cross to bear

Muscling for rank in the crowded box-office speedway, this Pixar contender takes an early lead but loses momentum in the middle third.

Keeping Up With the Steins

This story about one-upmanship while staging a bar mitzvah in L.A., should, by all rights, be very funny, but, sadly, it is not.

Julia Stiles is miscast, although Mia Farrow delights in this unnecessary remake of a perfectly good child-as-Antichrist movie.

This earnest, soulful, and jarringly melodramatic rave-culture love story is from Melbourne, Australia.

It's been a very long time since any Robert Altman film has been as enjoyable as A Prairie Home Companion.

The Western is alive and well in the Australian outback, as this gritty film with a screenplay and score by musician Nick Cave demonstrates.
arts & culture 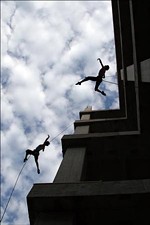 When site-specific dance maker Sally Jacques was told that she could use the concrete shell of the Intel building for her latest production, she leapt at the opportunity

A Place To Land

With 'A Place To Land,' dancer Leticia Rodriguez realizes a longtime dream of producing an event that encompasses the idea and meaning of home inside an actual residence

Austin juggling sensation Warren "Red" Ryder Schwartz, who opened for Esther's Follies for almost 20 years, was stabbed to death on Sunday, May 28

Lonely, and You're No One's Nothing Special

David Leonard and Christopher St. Leger both make very precise paintings of the essential aspects of our urban environ, and they bring them together in a great show at Davis Gallery
columns

Is mangosteen really a more powerful antioxidant than blueberries?

Prison populations and a Polish pope