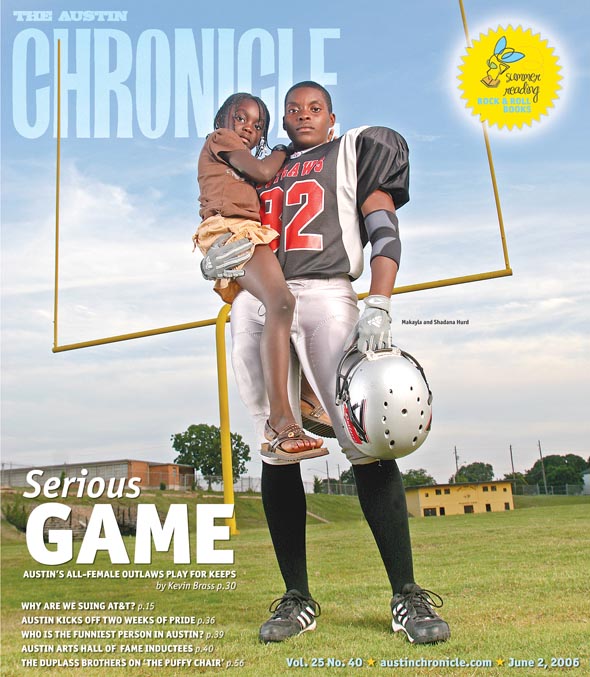 Can’t relate to what Austin’s gay scene has to offer? Make one of your own!

Hot, gay fun in the ATX

Hoping to reach middle-schoolers who could go off track in a regular school setting, district moves forward with charter school plans

Is an openly gay Austin liberal the answer to rebuilding the state Democratic Party?

The Hubris at Enron

Transportation agency wants to tighten eligibility; advocates for disabled worry that vital services will be slashed

Point Austin: Hanging Up on AT&T

My boss is suing the phone company – bully for him

Council ponders where to set the property-tax rate, and which health care package should cover city employees and their partners

A Little Something for the People; and Long-Distance Burger Orders

FINO is only getting better; plus, Starlite's descendants and the Eastside Cafe's new marketing strategy.

At the corner of Second and Lavaca, Taverna is the newest eatery to grace the latest 'hippest-spot-in-town' and the current see-and-be-seen Downtown dining scene

The tamales are superlative: the best in town
music

You Can't Stop a Comet: My Friends and Buds We've All Been Somewhere Twice

Here, There and Everywhere: My Life Recording the Music of the Beatles

I Hate Myself and Want to Die: The 52 Most Depressing Songs You've Ever Heard

Becoming Almost Famous: my back pages in music, writing, and life

Body Piercing Saved My Life: Inside the Phenomenon of Christian Rock

Everything I'm Cracked Up to Be: A Rock & Roll Fairy Tale

Let's Get To The Nitty Gritty: The Autobiography of Horace Silver

Little Money Street: In Search of Gypsies and Their Music in the South of France

Nashville Radio: Art, words, and music,
Honky-Tonk Heroes and Hillbilly Angels: The Pioneers of Country & Western music,
Apple For The Teacher: Thirty Songs For Singing While You Work

Fever: The Life and Music of Miss Peggy Lee

Austin's weeklong goodbye to Clifford Antone, while the club he left behind ponders its own future 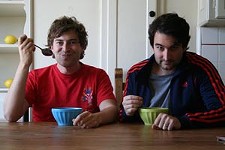 The Duplass Brothers discuss how they found 'The Puffy Chair,' and where they're headed now as it hits theatres

Original Alamo Will Survive ... as a Nonprofit

On January 31, 1971, more than 125 Vietnam veterans gathered in a conference room at a Howard Johnson's in Detroit for a reckoning

With an award-winning performance by Maggie Cheung, Clean is one of the most emotionally honest movies about drug addiction ever made.

Set in the near-future of 2010, this French import is not big on plot exposition, instead focusing on its finely wrought action momentum, which moves ever forward with rushing exhilaration.

Down in the Valley

Sadly, this is less the epic modern Western it aspires to be than a muddled melodrama about a delusional drifter played by Edward Norton.

Al Gore’s zeal for spreading knowledge about global warming is inspiring and this documentary about his efforts also showcases the new, improved Gore.

Mrs. Palfrey at the Claremont

Joan Plowright stars in this bittersweet yet predictable story about an aging widow's new friendships.

In their first feature, former Austinites the Duplass brothers have made a near-perfect relationship-trauma comedy.
arts & culture

The 2006 class of the Austin Arts Hall of Fame

In just months, New Orleans improv troupe ColdTowne has become deeply involved in Austin's comedy scene, and now it's close to getting its own venue

The merry month of May was a big month for Austin's mirthmasters, with three contests determining who among us can provoke the biggest laughs

The UT Board of Regents has upgraded the fire and safety upgrade of Bass Concert Hall to a $14.7 million renovation of the 3,000-seat hall

In the provocative new drama Minus Tide by Austin playwright Kimberly Burke, distance can make it hard to tell clouds from mountains and abuse from love

Though the shows Talent Show 1989 and Catastrophe Theory aren't related, the Getalong Gang's spoof of junior high talents and Stephen Pruitt's account of his career path both offer much in the way of entertainment

Page Two: More Stars Than There Are in Heaven

Honoring those who helped create, and now tend, the legacy of Clifford Antone

Stephen's lists of things to do, places he went, and people he dished

Although it has been recognized for more than a century, failure to gain weight, or 'failure to thrive,' still lacks a precise definition

For the Austin Outlaws, the game is the only thing

The U.S. squad's lineup is set for the impending WC kickoff, and more