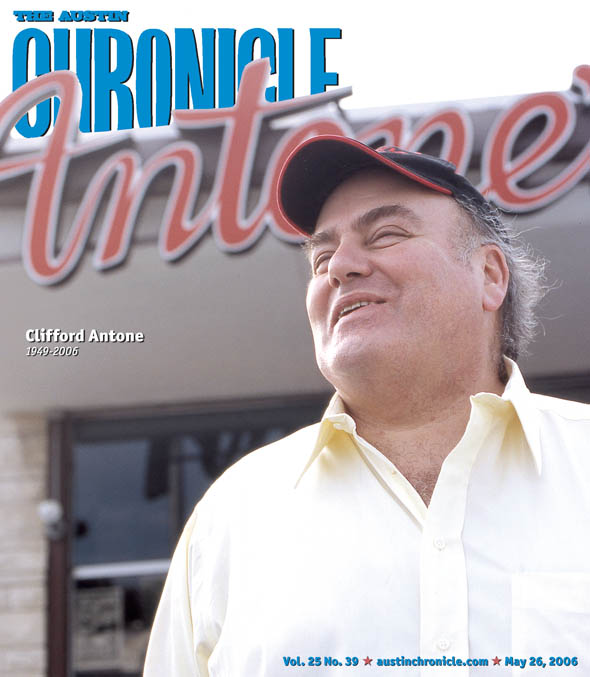 After nine years, APD Chief Stan Knee steps down and moves – to Afghanistan

If It Ain't Broke, Don't Fix It

Travis Co. commissioners agree that county's tax collection system isn't broken, vote to do another exhaustive study of it anyway

TAKS Scores Show Both Improvement and Trouble for AISD

Numbers down for the crucial third and 11th grades

Another One Bites The Dust

Austin Energy – at least they're not FEMA; and, coming up this week: more bond slicing and dicing

Health Care Morality; and Keeping Watch on You

Recipes, reminiscences, booze, sushi, and cheese: read it and eat 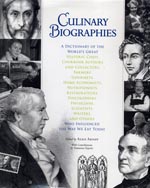 Horsemen of the Esophagus: Competitive Eating and the Big Fat American Dream

The Connoisseur's Guide to Sushi: Everything You Need to Know about Sushi Varieties and Accompaniments, Etiquette and Dining Tips, and More

Sunday Suppers at Lucques: Seasonal Recipes from Market to Table

Cocktail Hour: Authentic Recipes and Illustrations From 1920 to 1960

My Life in France

The Unprejudiced Palate: Classic Thoughts On Food and The Good Life

Cheese: A Connoisseur's Guide to the World's Best

At Home in the Vineyard: Cultivating a Winery, an Industry, and a Life

The Tankersleys gather at their old home, now the Constantines' Cafe Caprice

Plus, this week's Event Menu!

Clifford Antone didn't invent the blues, he immortalized them

This Be an Empty World Without the Blues

Sometimes a sandwich – and its maker – is a hero

Buried Alive in the Blues

Clifford Antone, hardcore to the end

Remembering Clifford Antone, who gave Austin a home of the blues

The Real Thing in Performance 1964-1981, Hail! Hail! Rock 'n' Roll, A Visit to Ali Farka Touré, One Night in Dublin, A Tribute to Phil Lynott

A Hundred Miles Off

It's Texas vs. Arizona in the 'Friday Night Lights' Bowl, but we might have a secret weapon: the new TXMPA

'That was me making the movie – being initiated into how you get a film made with someone else's money at a studio level. I felt I was the one being paddled and running for my life.'

The Beauty Academy of Kabul

This documentary shows how real power flows not from the barrel of a gun but rather a can of hairspray.

Faithful adaptation of Dan Brown's bestseller treats the novel as if it were a sacred text even though it's basically a Hardy Boys mystery dressed up in provocative attire.

New Bollywood film explores the choices made by those in love.

A self-appointed game warden and his ragtag band of volunteers cross some treacherous Chinese landscape in search of poachers who are decimating the Tibetan antelope.

More a meditation than a traditional documentary, Tibet: A Buddhist Trilogy beautifully employs direct cinema techniques to transport the viewer into the world of an exiled culture.

This third outing in the franchise lays on the subtext even more heavily than its predecessors – racial, gender, and sexual politics are all over the place, as are the multiple strands of the story line.
arts & culture 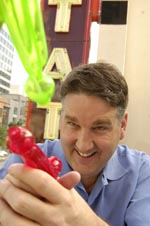 Since Mozart isn't writing any new chamber music, the Golden Hornet Project is picking up the slack with concerts of new works for small ensembles by local composers

Hoofers from around the country are tapping their way to Austin for the sixth annual Soul to Sole Festival, featuring tap master Arthur Duncan as one of the 2006 Festival Legends

'Over + Over: Passion for Process'

Saying goodbye and a final thank you to Clifford Antone

The federal government benefits from undocumented workers, therefore something is owed those workers in return: justice

Stephen gets all judgmental and then recants. As usual. Who are his targets this week?

Outside of antidepressants, what are the best ways to treat postpartum depression

Annulment because the marriage was a "mistake"?

The sleepy Texas town of McMahan is for sale and $215,000 gets you the whole kit and caboodle

The ever-dapper Teddy Roosevelt, the "no-mow" movement, and more

The U.S. men lose 1-0 to Morroco, Man U loses their doctor, and more