pdf
ON THE COVER:
Restaurant Service: A Discussion
news

What's at Stake at City Hall?

What's at Stake in Austin's Schools?

Reed's attorneys insist evidence unavailable to him during his 1998 trial casts serious doubt on his guilt of the 1996 murder of Stacey Stites, and strongly supports the defense theory that another man was the killer

For Their Eyes Only

TWP says there isn't enough money to give them all canes

Local Woman Comes to Aid of Orphaned Ethiopians With HIV

Fundraiser for Gift of Love Asko orphanage this weekend

More 'Am I McMansion' Action

Two more weeks to submit photos for our "Am I McMansion or Not" contest; and your top 10 McMansion comments

BY WELLS DUNBAR AND RACHEL PROCTOR MAY

A more-than-25-year tradition of community gardening in Central East Austin's McKinley Heights neighborhood has come to an end, some fear for good.

It's trump and counter-trump in the council vs. charter wars

Turning Cookies Into Armor; and A Regime of Injustice

Twelve Austin professionals come to the table in an effort to define, demystify, and defend the most controversial aspect of dining out.

Our panel of service experts

El Mesón gets some competition – from itself; plus, an extended Event Menu

TCB sees dead people, lots of them, and one extremely live band

Witch, Conference of the Birds, Nothing Positive, Only Negative, Hello Master, Rosenrot, Invaders 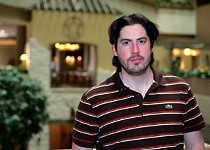 Director Jason Reitman spins his feature, 'Thank You for Smoking'

Blue Screen Has Austin Studios in the Green

This wholly unwarranted sequel is so outrageously preposterous (and chockablock with bad dialogue) that the end result achieves a basement grandeur of near-epic proportions.

Like the criminal justice system it portrays, Find Me Guilty (starring Vin Diesel in the dramatic lead) ultimately works a great deal better than you might expect.

As two German families collide, the film explores its characters’ shared history to unravel the challenges of political and personal reunification.

An exercise in the superfluous, this sequel lacks the original film’s geniality – and all of its pro-environment stumping.

The title suggests a seasonal release, but this remarkable film is very much of the moment, suggesting the futility of war by depicting the “Christmas truce” of 1914 from three sides in the battle.

A movie so exasperating it's driven our reviewer to escape into song.

This rock documentary about musician Ronnie Lane can be described in one word (or is it three?): Ooh la la.

Contrary to the hopes of geeks everywhere, Stay Alive is not an all-zombie musical remake of Sly Stallone's 1983 Saturday Night Fever sequel, but instead a fatuous and dull horror film about gamers.

This snarkily playful little comedy gets so wrapped up in its own barbed witticisms that it fails to land even the lightest sucker-punches on the institutions it aims to skewer.

John Trudell, the Native American rights activist and spoken-word artist and musician, is the subject of this reverential biographical portrait that feels more like a press package than a full-fledged biopic.
arts & culture

With her choreographic achievements being showcased in Ballet Austin's 'Director's Choice / Evolution,' Gina Patterson explains what makes a choreographer

Alfred King, one of Austin's greatest cultural benefactors and advocates, has died at age 89

The day after opening in the solo comedy 'Bad Dates,' actress Helen Merino broke her foot, forcing director Dave Steakley to bring in Jill Blackwood as a ringer

Literate, greasy ladies throw down on the Eastside

The Glory of Living

As staged by Hyde Park Theatre, Rebecca Gilman's 'The Glory of Living' walks a tightrope between offensive slurs and comical jabs over solemn social issues

Lance Letscher's works in the D Berman exhibit 'Index' are at once sublime, profound, mesmerizing, gorgeous, subversive, and encompassing
columns

Life, fiction, and selling out

No matter if it's an unknown young singer like 17-year-old Sahara Smith in a little club on South Lamar (the "unknown" part won't last long in her case), no matter if it's in the room of an unknown poet destined to remain unknown, no matter – there are acts of creation, however desperate, that cannot be stopped.

Useful tips on counteracting the side effects of Fosamex

Italians fair to middling; and the return of MLS