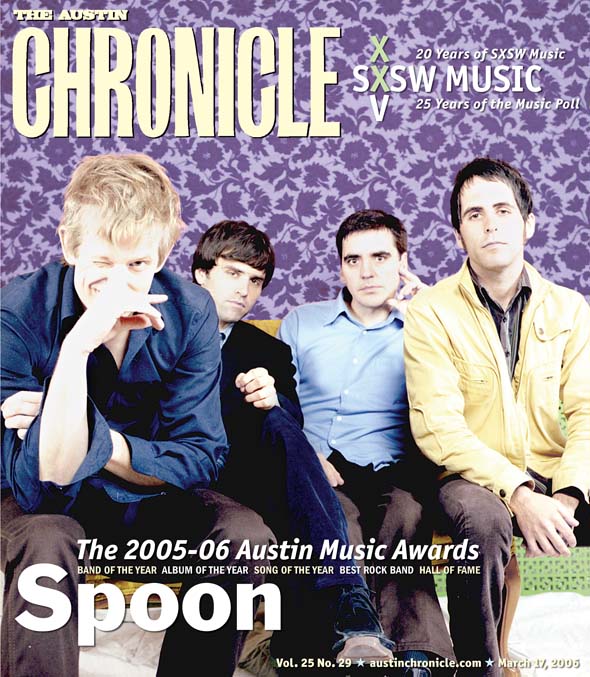 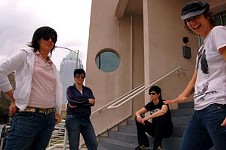 The Moaners incite small, sweet noises from the back of the throat

Off the Radar, On the Gaydar Shows

After a Fashion: Thursday

Your Style Avatar dishes the style dirt at SXSW!

Your Style Avatar does SXSW in style!

After a Fashion: Saturday

Your Style Avatar does SXSW in style! 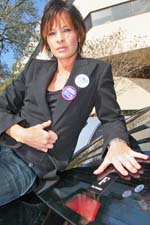 Two years down the road, liberal network still struggles to establish itself

Crunching the numbers on who voted where in the 2006 primaries

How to Read a Charter Amendment

Bolsheviks in Our Classrooms!

Former council member doesn't care for SOS's charter amendments, and they don't like him, either

UT students pass initiative calling for equalization of penalties associated with pot and alcohol use, plus other weed news

Here's some surprising news: Nineteen Texans have landed on Forbes magazine's 2006 list of the world's richest people, and the majority of them are big contributors to Republican candidates and officeholders

I was down at the precinct last Tuesday, but I didn't see you 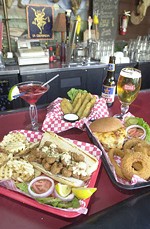 Eating our way up and down the city's busiest street 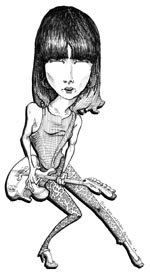 The Pretenders' Chrissie Hynde tells it like it is

Echo & the Bunnymen's guitarist Will Sergeant didn't much care for Donnie Darko.

Blurbing the pinnacle of SXSW 2006.

Buffalo Springfield, Poco, and Richie Furay – one with God

The king of the Lone Star mixtape

Rachel Goldstar & the Colorforms, Tunng, My Education, Brothers and Sisters

Get on the Road. Stay There.

With folks like Jason Flom at SXSW, yes, Virginia, there's a Santa Claus

Houston's Archie Bell still knows how to "Tighten Up"

'England's Newest Hitmakers' try to love up to the hype

Nashville's Clutters are cleaning out the garage

KT Tunstall, what a difference a year makes

Praise the Lord for the Jones Family Singers

Spotlight: What Made Milwaukee Famous

What Made Milwaukee Famous does pretty good for Austin, too

'I'm the little girl with a big voice.'

What if Austin was its own satellite-radio service?

The Brakes, The Kooks

Ray Davies at the Continental Club 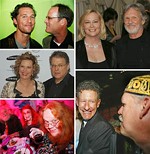 Jury and Audience awards from the March 13 ceremony

Eminem.com and Technorati win big, while the Dewey Winburne goes to Dale Thompson

What Have We Seen?

Well, quite a lot, actually. Where should we begin?

Bata-ville: We Are Not Afraid of the Future

Conversations With Other Women

The Refugee All Stars

Tales of the Rat Fink

Perfect Match: 'The Life of Reilly'

Home Made: 'Cottonfields and Crossroads'

Behind the Mask: The Rise of Leslie Vernon

My Country, My Country (Mawtini, Mawtini)

Slam Planet: War of the Words

Things That Hang From Trees

The theatre of outrage: What happened when I slipped into the packed house for the one-on-one with Henry Rollins at SXSW last Sunday

Jonathan Demme dreams us back to the golden age of performance films, in which Neil Young unfolds his latest album Prairie Wind in concert at Nashville's Ryman Auditorium.

Something for everyone. See www.sxsw.com/film for full schedule. 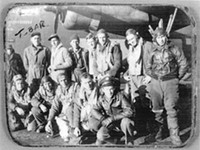 Who They Are and What They Deserve

From 'Voices of Valor,' a Play by James E. Garcia

Whatever your ears think of Bob Schneider's music, your eyes will widen in appreciation at his intaglio etchings on view in his new Flatbed Press solo show

In its rotating repertory of 'Richard III' and 'The Rivals,' the Austin Shakespeare Festival shifts between polar extremes: violent tragedy and frothy romance

Spank Dance Company's 'Greyhounds and Other Virtual Ways to Travel' may not move you to the next plane of existence, but its force and beauty will make this plane much more satisfying

'Into the Soul of the Rhythm'

In her exhibition 'Into the Soul of the Rhythm', photojournalist Jana Birchum provides perceptual richness of the moment when the music and the camera dissolve
columns

Moving forward into the fog of SXSW

A family feud has given barbecue lovers two top-notch options in Lockhart, Smitty's Market and Kreuz

Zebras are evolving something fierce, and how to gauge your shotgun