pdf
ON THE COVER:
Life and Work, Light and Dark
features

Give 'til it helps: part one 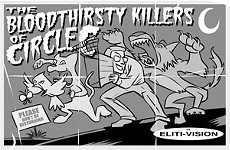 The Bloodthirsty Killers of Circle C

If You Fence It, They Will Stay

The Battle of the Bonds – Take Your Turn

With two public input meetings left, it's a good time to review the ups and downs, the winners and losers in the city's bond package so far

Silicon Labs to Move Downtown, Out of Watershed

School Finance: Where We Are and How We Got Here

We've heard some of these ideas are even real

Austin Police Officer Julie Schroeder, who was terminated last month in connection with the June 9 fatal shooting of Daniel Rocha, seeks an injunction to keep Knee from interfering with her ability to investigate and build a case that could result in her reinstatement

Both unions are at odds with current Commissioner Sonleitner

State May Have Executed Innocent Man

Newspaper investigation suggests that Ruben Cantu, who was executed in 1993 for a robbery and shooting murder in San Antonio, may have been innocent

Austinite Charlie Jackson was scheduled to be a part of the most recent Christian Peacemakers Team delegation but opted, at the behest of his family, against spending two consecutive Thanksgivings in Iraq

Although 54% of Denver, Colo., voters approved a measure last month legalizing possession of up to 1 oz. of marijuana by adults over 21, law enforcers continue on as though the law doesn't exist

A national contest to be the first city to generate 50% of its energy using renewable sources like wind, solar, and biomass is under way, and Austin wants to win

Long suppressed, Department of Justice memorandum recommended that the re-redistricting map forced upon the Legislature by Tom DeLay and his cronies should be rejected, because it did not sufficiently protect the rights of minority Texans

For APD and Austin, Knee's decision was the right one

As another protracted legal battle looms, council lends tentative rezoning approval to three tracts of land at 360 and 2222

You don't have to be a gabillionaire to maximize your philanthropic impact; and White House's favorite government contractor mistreating foreign workers in Iraq.

The treat of Austin eats

Texas wines with a little something extra

The Capital Area Food Bank could use a hand; plus, ring in the season with events all over town

I'd Much Rather Be With the Girls

What a box set should be:'One Kiss Can Lead to Another: Girl Group Sounds Lost and Found' 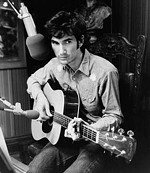 Life and Work, Light and Dark

'Plagues & Pleasures on the Salton Sea'

The season's finest in DVD

Apparently, I got it all wrong

Criterion's 'Shoot the Piano Player' and 'Jules and Jim'

Its heart is in the right place, but Aeon Flux's head is just a little too high to make much sense.

Balzac and the Little Chinese Seamstress

This Chinese film presents an uncharacteristically romantic look at the Cultural Revolution.

Vivid yet impressionistic, this documentary tribute to the musician Townes Van Zandt brings the life and the music of this songwriter's songwriter into focus.

The Chronicles of Narnia: The Lion, the Witch and the Wardrobe

This Naomi Watts performance showcase has been slipping into theatres that are presently readying themselves for the onslaught of King Kong, starring Watts as the woman who would be Fay Wray.

This film is a passionate if clunky cri du coeur for the kidnapped and murdered women of Juarez, Mexico – a silent epidemic of as many as 450 crimes in the last 10 years.

Spotty comedy delivers on its promise of Total Silverman, but that turns out to be not such a good thing after all.

One of the most uncompromising movies of the year, Syriana is like a living tableaux composed from all the stories that lurk just behind the news, the stories that put human faces on the demand for oil.
arts & culture

Puerto Rican Folkloric Dance's original 'obra,' 'Puerto Rico Mi Patria,' tells the story of how the islanders rose up to repel a British invasion in 1797

Creative Research Laboratory is inviting anyone with an itch to draw, paint, or otherwise make a creative mark to join in a 12-hour effort to transform a blank room at Flatbed World Headquarters into something rich and strange

A troupe of homeschooled students enrolled in Zach's Performing Arts School takes on the mad world of Alfred Jarry's 'Ubu,' 'pschittens' and all, and makes it a nonsensical delight

If you can appreciate a mammoth moonstruck monkey with a tinny growl, you might stretch your ears in the direction of the Violet Crown Radio Players' King Kong

'Andy St. Martin: Outside the Grooves'

Andy St. Martin's oil and acrylic works on birch panels have much to do with early modernism yet seem to find their place in a post-postmodern moment
columns

On the 25th anniversary of John Lennon's death, Micahel Ventura revisits the column he wrote at the time of Lennon's murder when the pain was fresh

Was your Style Avatar caught throwing down with Wilford Brimley(?!) in the grocery store parking lot? Or is it a case of mistaken identity?!

Do I need a calcium supplement?

Hot Damn, Tamales! in Fort Worth offers the tastiest gourmet tamales around, made with love by the Stavron family

What is deferred adjudication?