This Ain't No Picnic: Minutemen on Patrol

The sinister legions of the 'Drug Cartel' have little to fear from the latest incarnation of border hysteria. As for the rest of us ...

The Feds Do Immigration

Baxter leaves the Lege, and would-be state reps may have to jockey for position early

Real-life hero of 'Hotel Rwanda' is honored for saving lives

Toll roads and trash dumps on the council agenda

No on everything. Double no on Proposition 2.

How to be Babs 'Marie Antoinette' Bush for Halloween

Green Energy Stars Get Their Props

Companies and utilities recognized for commitment to renewable energy

Zeroing in on Our Throwaway Culture

Administration could have done more before and after student was killed, critics charge

Changes in personnel and direction at the Historic Landmark Commission

Lights Out After School?

If federal funding gets cut, AISD could lose after-school programs

And the Klan supports it, too!

Point Austin: The Prosecutor and the Pariah

Don't know about you, but I'm beginning to feel sorry for Tom DeLay The best wine discoveries of the past few months 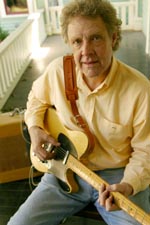 The Astros' World Series run prompts memories from longtime fans, and memories of smoking in local bars will stay just that

Catfish, Until the Shame Is Gone, The Black Angels, The Rocket Breaks Down, Young Mountain EP

How my attempt at hard-core gaming proved too hard

Real news for your virtual existence

'Smartbomb: The Quest for Art, Entertainment, and Big Bucks in the Videogame Revolution'

At the Austin Film Festival

Harold Ramis and Mike Judge receive awards; plus, go to www.austinfilmfestival.com for a list of film competition winners

I could offer the usual list of Halloween fare. Instead, I offer a list of good scary and bad scary things on the small screen.

An Angel at My Table

This most impolite of directors attacks the most polite of genres in a way that makes it feel like her own creation, and pays tribute to her source by bringing it so ferociously to life

While Capote is a good film, it hasn’t closed the book on the subject, even though the performances are undeniably great.

This Hamptons-set hip-hop story about love and success is modeled after The Great Gatsby.

The Legend of Zorro

Whereas the Zorro of yore was a cunning subversive with a libidinous guerrilla panache, this new take with a tyke added is more like Leave It to Zorro.

With genuine sparks between its two lovestruck leads and a delightfully flinchy performance from Meryl Streep, this comedy is just what its title implies: prime.

With nary a decent, connective character in sight, this nasty sequel quickly becomes little more than a strenuous battle for survival among the already damned.

Julian Fellowes is two for two: The English actor’s first big screenwriting credit, Gosford Park, netted him an Oscar, and with this directorial debut, he again demonstrates a mastery of British uppercrust dramas.

This lush and horrific anthology film from three of the finest craftsmen working today – Fruit Chan, Chan-wook Park, and Takashi Miike – is an instantly memorable and squirm-inducing assemblage.

In this heartfelt comic drama, a wonderfully controlled Nicolas Cage plays a man who, despite the appearance of success, is despondent over his superficiality.
arts & culture 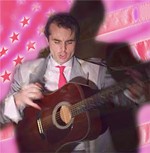 Dan Dietz's new play 'Americamisfit' may get you to question the way we Americans romanticize the sudden, violent change of revolution

The Essential Chopin: A Genius Displaced

In advance of her Oct. 30 program, the Essential Chopin, pianist Mary Robbins talks about Chopin and Mozart, and what makes for essential Chopin

Just two weeks into what was to be his sixth season with the State Theater Company, Scott Kanoff was booted from his job as producing artistic director

A national economist discusses the role of the arts in regional vitality, the LBJ celebrates the NEA at 40, Miami City Ballet cancels a show, and the Blanton Museum delays its grand opening

October is a fitting time for the Vortex to premiere Chad Salvata's opera 'Vampyress,' about a ghoulish countess who killed 600 women so she could bathe in their blood

With oil in the future rationed to agriculture, essential services, and (inevitably) the military, and personal long-distance driving and passenger flight no longer feasible – then, if the United States is to remain a continental entity, the only answer is trains

Stephen is deep in fall fashion benefits. 'Tis the season!

Is erythritol a natural sweetener, and how does it compare in safety to sucralose?

When can the police search my car?

Termites. A thousand million of them.

The Lady Longhorns lose their chance for a regular-season title