pdf
ON THE COVER:
Written in Stone
news 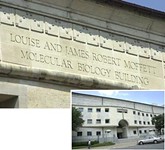 The Report on the Mine

Based on the findings of EnviroSearch, the Overseas Private Investment Corp. canceled Freeport's risk insurance

Hurricane Rita tracking and prediction maps, info on where evacuees should seek shelter, and ACL info

As of 3am Thursday morning, the majority of Amalgamated Transit Union 1091 had gone on strike against Capital Metro, and their contractor StarTran, resulting in a dramatic drop in bus service.

Get on the Bus

A guide to anti-war events nationally and in Texas on Sept. 24

The military leaves no child behind

Charlie Jackson goes into the belly of the beast, again

Time for taxpayers to take their spanking

Reimbursement is promised, but will it be delivered?

An epicurean orientation for students new and returning, but also for ACL visitors and recently arrived residents 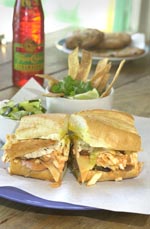 Eating Out All Night

When the Music's Over

Scrambling to keep up at Spicewood. taking the Tour de Vin, and keeping NOLA efforts rolling. 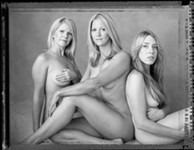 All 'picks' no 'sleepers' for the Austin City Limits Music Festival, one blurb at a time

Checking in with some of the Austin City Limits Music Festival's featured acts, from Roky Erickson to Coldplay

The ACL festival is here. Time to hunker down.

What I took away from the Toronto International Film Festival

From the best moments to the what-the-hell? moments

The Miracle of Morgan's Creek

'People aren't as evil-minded as they were when you were a soldier, Papa,' purrs 14-year-old Emmy (Diana Lynn) to her dimly suspicious father (William Demarest), though certainly she must know better

Shot in jittery black-and-white 16mm, this French film's on-the-fly aesthetic captures the shiftlessness of bourgeois youth and some of the spirit of the French New Wave.

This new black comedy by Spanish absurdist De la Iglesia involves murder and the plight of a playboy blackmailed into marriage.

A tech-centric but bloodless teen horror thriller that works best as a stinging critique of post-adolescent whininess.

Johnny Knoxville stars in this slapdash tale of wacky Southerners and midlife crises that feels like a compilation reel of Blue Collar TV outtakes and Coen Brothers-lite quirkiness.

Aiming to be a Hitchcockian-type thriller set within the tight quarters of a jetliner, this Jodie Foster vehicle runs aground.

The Memory of a Killer

A hitman who's losing his memory to Alzheimer's anchors this absorbing Belgian policier that's tightly wound and expertly unraveled.

Hot-wiring a penchant for sports film truisms to some seriously spot-on Seventies nostalgia, this Bow Wow vehicle is an easygoing portrayal of teenage camaraderie and its attendant difficulties.

Burton's best work in ages is eye candy of the highest order and as eminently watchable as a hilltop Halloween pyre or a Día de los Muertos parade run amok.
arts & culture

Actor Ed Begley Jr. explains how he was inspired to write a musical honoring his friend Cesar Chavez

In the wake of Katrina, Austin artists do their part to help

For Jeffrey Jones-Ragona and Daniel Johnson, performing Monteverdi's divine 'Vespers of 1610' in its entirety at St. Mary's Cathedral is a dream come true

In the city's back yards, Leticia Rodriguez and Tim Mateer are turning strangers into neighbors through evenings full of home entertainment

Long Center: Rising to the Challenge

Only two weeks after scoring $835,000 toward a $2.5 million challenge grant amount, the Long Center is $1.35 million closer to its goal

New York critics have weighed in on the off-Broadway debut of Rob Nash's Holy Cross Sucks! and given the Austin theatre artist a bushel of Big Apple praise

Renaissance Austin Theatre Company's staging of 'Phaedra's Love' is not for the prudish eye, what with its incest, murder, rape, and graphic scenes that require splash guards

Border Radio: The Big Jukebox in the Sky

'Border Radio: The Big Jukebox in the Sky' was as eclectic as the border radio culture it re-created, but one couldn't avoid feeling overstuffed by evening's end
columns

This week, Stephen slathers it on at a major social-climbing event...

Are tannins responsible for the heart-healthy benefits of drinking wine?

The UT Women break their streak