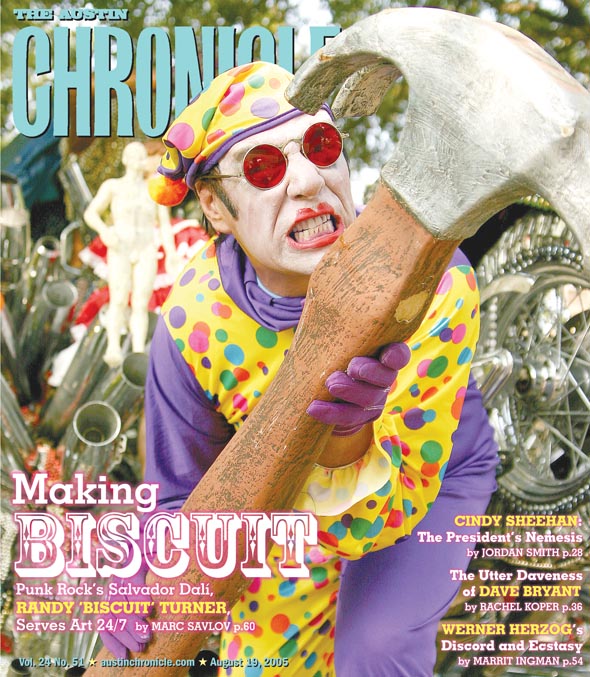 Photos From the Vigil for Cindy Sheehan

The Day the Music Died

Austin Music Network's on-air life winds down, as another network AMPs up

New registration stickers cause more problems than they fix

The city eagerly raises the corporate incentive flag, and we're all expected to salute

What's coming up on the City Council agenda

Public utility watchdogs keep close eye on corporate executives' parties; become a head honcho and get rewarded for not producing 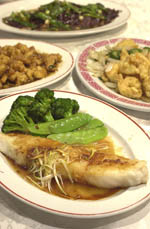 Comings and goings on SoCo; plus, Boggy Creek Farm takes a break

Azul opened quietly a couple of years ago in a refurbished two-story home on East Cesar Chavez, but it quickly became an important cornerstone of the gourmet sandwich revolution in Austin

Garibaldi's is my idea of a great neighborhood restaurant
music

Requiem for the Austin Music Network, news on Zykos, the Arm, Victory Grill, and more

Kat in a hot Austin indie summer; plus, 'How to Eat Fried Worms,' Jeffrey Travis, and the rest

When compared with the higher profile 'Over There,' the Steven Bochco series about soldiers on the front lines of the Iraq War, 'Embedded / Live's teeth are sharper, coaxed by wicked humor and touches of pathos at all the right moments

Gate of Flesh and Story of a Prostitute

A singularly dreadful example of what can happen when potentially capable comedians check their brains at a committee meeting and go slumming for dollars.

Sticking it to the man, German-style, is the subject of this smart, kicky little gem.

A standout, a gross-out comedy that makes its audience go "awwww" as much as it goes "ewwww."

This documentary reveals how Timothy Treadwell, the popular grizzly bear preservationist, may have needed the bears more than they needed him.

Red Eye’s no classic, but with its smart, twisty little script and those two killer performances, it's a helluva lot of fun.

Valiant, an animated adventure about heroic homing pigeons in England during World War II, flies in on a wing and a prayer.
arts & culture

The Utter Daveness of Dave!

Brawl in the Family

It's Round 10 of the Rude Mechanicals' annual fundraiser, and the Black Eye Ball promises to pack enough punch to send a herd of Santa Gertrudis to Slumberland

Drama with a Gothic flair scored high in the nominations for the 2005 B. Iden Payne Awards, as announced by Austin Circle of Theatres on August 15

August has seen at least three murals added to the city's burgeoning collection: at Mathews Elementary, St. David's Hospital, and a new Starbucks

The sketch comedians of Gag Reflex have lots of interesting ideas and deliver some funny performances in their new revue, but all the bits aren’t as tasty as you’d like.

The sapping of America's economic and technological dominance is a boon for the world. Many are gaining from the decline of a few.

It's a veritable monkey jungle this week: first Stephen goes ape, and then finds himself on South Beach ... sort of. Ahh ahh ee ee!

Does the mercury content in fish make it unsafe to consume while pregnant?

BY LUKE ELLIS AND NICOLE CLARK

For love of the hummingbird

Saturn's moon Titan has square craters that appear to be lined up along north-south, east-west lines

It's open season for the Lady Longhorns