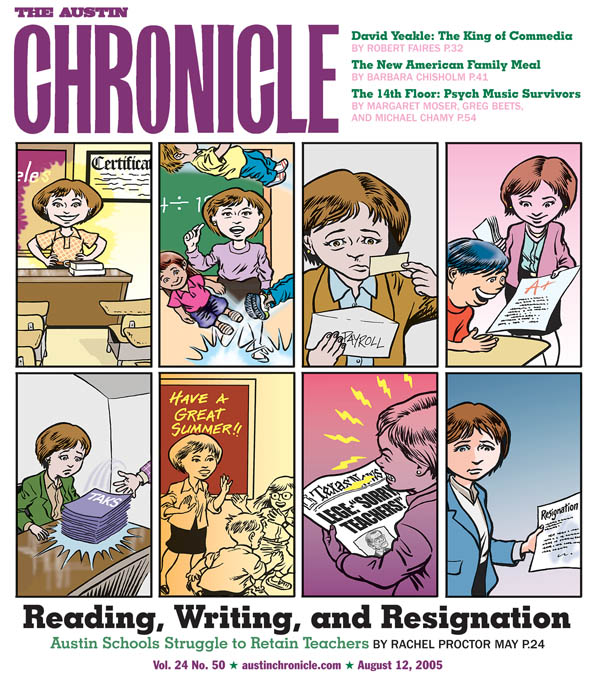 pdf
ON THE COVER:
The Dropout Problem
news 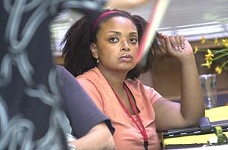 Not students, but teachers – AISD struggles to retain qualified educators

All Aboard for the Death Penalty Express

Moving treatment plant draws both applause and scrutiny from enviros

A national magazine ranks us tops, but some local leaders say it could still be better

A lack of democracy turns education 'reform' into an unfunny joke 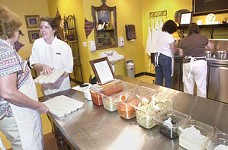 The Applicators apply themselves, inside the Bubble Empire, and more

Feathers From the Wing EP

Summer's almost gone, which – with apologies to South by Southwest and Cine Las Americas – means Austin's film-festival season is about to get going

Big 'EW' for the Alamo

Where does the theatre rank in 'EW's best of the best?

In making its big move, the French New Wave was never about polarizing class, but that hasn't stopped some critics and contemporaries from all but labeling Claude Chabrol's work as bourgeois, processed, and better suited to the small screen

Jim Jarmusch and Bill Murray meditate on middle age and the world of possibilities.

A scrappy Seventies throwback about vigilante justice in the corrupt urban jungle.

The single dullest war film of the past decade from the once promising director John Dahl.

Ingmar Bergman’s final film continues his exploration into mankind’s willful inability to accept the inevitable, whatever that may be.

A top-notch cast is mostly wasted in this atmospheric but prosaic hoodoo spooker.
arts & culture

Director David Yeakle revisits 'The Three Cuckolds,' the commedia classic that got his Tongue in Groove

Fears of a Clown

The Heroes of Comedy boldly go to the 'Star Trek' Las Vegas Convention 2005, and Arthouse says, "We are family"

Review of Tina Medina's 'Pochismas' at Women & Their Work
columns

Your Style Avatar weighs in on Daisy Duke, life's rich (Republican???) pageant(s), and the passing of a style great. Read on!

If the mineral gallium is good for lame horses, as I have heard, is it also good for humans with joint problems?

BY LUKE ELLIS AND LISA MCMORRIS

The first annual Auto Glass Industry Technician Olympics will be held Oct. 17-18, 2005, at the Rio All Suites Hotel & Casino in Las Vegas

The fall soccer season is already under way