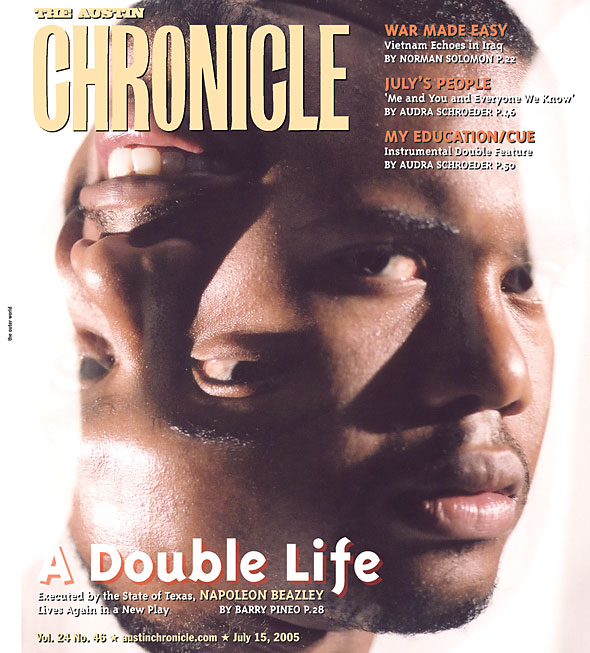 pdf
ON THE COVER:
A Double Life
news 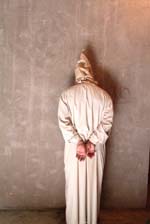 Budgeting for public education always involves struggles between competing needs, but these days the competition is particularly fierce

It's all about the money

A half-year after a city-led investigation began into missing money at ACTV, no answers are forthcoming. In the manner of many of the colorful programs and personalities that populate the public access airwaves, conspiracy theories abound – and not solely over the missing funds.

Commission votes for redesign of statue that came out looking like Rep. Al Edwards, banishes original to Galveston

Failing all its courses, the Lege sends a love note to Highland Park

A farewell to faitful servants, and a preliminary look at the city's priorities

Instead of businesses, consumers and working stiffs will shoulder much of the property tax cut approved by the Senate. 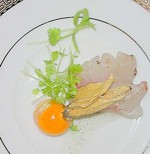 In Aspen, an Austin-Flavored Celebration of the Chef

A weekend at the 'Food & Wine' Classic

On the Road to the Right Recipe

Food and Wine With Altitude

The Colorado scene capitalizes on climate.

An exclusive glimpse into the potluck party of a food editor; plus, Austin in Oregon and this week's Event Menu

My Education and Cue: the instrumental auteur theory

Getting healthy, getting high, and getting shot

The Best of the Austin Years

This Station Is Non-Operational

For So Long, Clean, One Foot Out the Door, The Sapphires

Inner Demons, Inhumane, Rise of the Undead, Kicked Out of Purgatory, Dear Johnny, A Tribute to Cash

The Addictions, Light Up (We Never Have Too Much Fun), Borracho at 3 in the Morning, Revolution in Progress, Cornstalked Her Tractor Down Andy Kilter 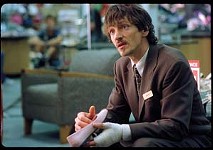 The Archivist in Austin

Dennis Nyback shows it all to you

There's only one other way to receive a second chance in this country: Get yourself a reality show

Had Hollywood not balked for nearly a decade in letting its first screenwriting superstar direct one of his stories, 'Unfaithfully Yours' might today be recorded as Sturges' directorial debut from 1932 / 33. Instead, it remains the modern Moliere's final treasure.

Burton and Depp's screen version of Roald Dahl’s classic children’s book is truer to the source material and generally splendid, artful, and often sinister, yet it doesn't completely displace the earlier screen version.

Despite a dream cast, this Hollywood remake of a Japanese horror classic is all wet.

In his microbudget debut, writer/director Bujalski shows a superb knack for capturing real moments (the stuff that happens between all the big moments) and the residue of our half-fulfilled inclinations.

This intersecting story that follows a half-dozen New Yorkers over the course of one long day and night is intellectually engaging and genuinely surprising, although not terribly risky.

March of the Penguins

The nature photography is so intimate, and the story of the penguins' mating is so carefully crafted into a sustained and satisfying narrative, that they become epic heroes: brave, if not fearless, and stalwart fools for love.

Me and You and Everyone We Know

The film’s sour tone, unremarkable direction, and bewildering characterizations of sexuality and race will probably not not hurt the comedy's charm at the box office.
arts & culture 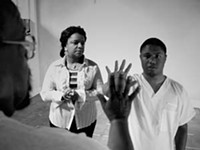 Napoleon Beazley was executed by the state of Texas, but he lives again in a new play

In The Two Lives of Napoleon Beazley, actor Forest Van Dyke has the responsibility of playing the title character, an honor student who committed murder

The U.S. Supreme Court decision striking down the constitutionality of executing 16- and 17-year-olds will remove 28 juvenile offenders from Texas' death row

Something about 'hOle,' a new live theatrical serial in nine episodes, is bringing folks back to the Vortex every Tuesday night of this long, hot summer

For one member of the Jupiter String Quartet, the ensemble's residency at the 2005 Austin Chamber Music Festival is a homecoming

'The Flu Season' is difficult, jumping off in many different directions while focusing on love, time, memory, storytelling, and the nature of the real, but in mounting it here the Championship Theatre Group deserves its name

Never mind the consipracy theorists, the death of literacy, and the Democrats' chronic foot-shooting – 'Page Two' needs a break.

Good news? There are a ton of cool Austin style events going on this week. Bad news? Bears. You heard it here.

At the Moravia Store, the beer is cold and the polka music fills the air even when there isn't a band playing in the dance hall

There are several causes of water retention or edema, which research suggests may contribute to high blood pressure and other health complications

"Dormant" and "Incubation" Not About Testing