Round One at Round Rock

Is the noisy suburban school battle an omen of things to come?

Round Rock ISD Board of Trustees

Linebarger to County: Have We Got a Deal for You

'Statesman' explores new ways to spark circulation and revenue, often taking a pickax to traditional Ad-Editorial boundaries in the process

From the seasoned to the novice, there is something for every pedaler over the next 30 days

Strayhorn kisses up to anti-tollsters, but other pols hold at arm's length

Stand Out rally at the Capitol

In a bill on child protection, the House votes to do its worst

A human tragedy overshadows the campaign two-steps, but the dance goes on

What's ahead on the City Council agenda

Uncle Sam says 'tough break' to regular taxpaying citizens, 'anything for you, Lockheed'; and working stiffs sponge up the stress of globalization 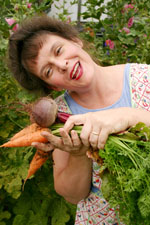 Kathy McCarty explains why it took her a decade between albums

The Carlton Chronicles:Not Until the Operation's Through

ATX Records Presents Volume 1, Whut It Dew 2, The Other Side of Texas Volume 1.5, The Swed.u.s.h. Connection (Swedish Brandy), In the End, All Things Begin

Live! Down the Road

The Eclectic Horsemen, Guess You Heard, One More Time, Who's Goin' Down to Town

the Casting Couch, the Shim Shams, the Cutaway

5 Songs, The Shim Shams, Ready for the Fall

Grief Can Kill an Elephant

Hit By a Car

Don't Poop in My Mouth and Tell Me It's Raining

Take to the Sky

Getting Ahead of Themselves

Making 'Room' for Kyle Henry in Cannes; plus, 'August Evening,' 'Everything in Between,' and 'Dallas'

Why 'Warm Springs' is one actually worth watching

The Baja 1000, the longest off-road race in the world, is captured on film by Step Into Liquid's Dana Brown.

Enron: The Smartest Guys in the Room

Oscar winner documents the collapse of Enron in vivid detail and with cinematic flourish.

The Hitchhiker's Guide to the Galaxy

Fans of the novel can exhale, finally; panic is unwarranted. On the other hand, audiences unfamiliar with Douglas Adams’ bizarre world may wonder what all the fuss is about.

Neither a change of seasons nor truly wonderful performances can breathe life into the dismally enervated drama Winter Solstice.

Touching All Those Hands

The Man Who Laughed

For its staging of Sandy Asher's ironically titled children's comedy 'The Wise Men of Chelm,' Second Youth Family Theatre gets to bring the playwright to town

Get Your Rees On

Comic artist David Rees and the theatre of 'War'

Mary Moody Northen Theatre's production of 'Honk!' reimagines the ugly duckling in a musical that's long and uneven but offers some excellent acting and moments of unquestionable magic

Even for a Tuna virgin, 'Red, White and Tuna' is a viciously funny excursion into small-town Texas politics, relationships, and heated gossip

Notes on Daniel Johnston, 'Dead Dog's Eyeball,' and the soundtrack of our lives

No country gets two centuries anymore. The 21st will be China's century. That's what $4-plus a gallon means, and nothing can stop it. We're heading for a modern Dust Bowl.

Who are the up-and-comers coming up from UT Fashion program? Plus, Your Style Avatar weighs in on the controversial subject of little stickers with kids' names, sport, team, and jersey number on the back of SUVs.

Denialists are often well-intentioned but willfully uninformed. We applaud the raising of difficult questions, but if denialism interferes with education and self-empowerment, it is merely destructive.

What's the difference between a dietitian and a nutritionist?

Preparing a will under Texas law

BY LUKE ELLIS AND CHERIKA PROCTOR