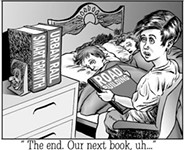 Our state leaders bumble through the year

The year in print and broadcasting

Top 10 Election Moments: From Their Lips to God's Ear

From their lips to God's ear

Year in review for cops and firefighters

Struggling against the hysteria

Top 10 Reasons to Give It Up and Turn Republican

Mike Clark-Madison has left the building

Happenings from Austin and beyond

A Dog Law With Teeth

The Pentagon bills an injured soldier, and Home Depot gets a tax break 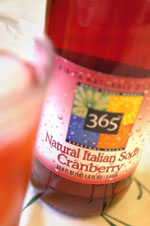 The Dependables and The Discoveries 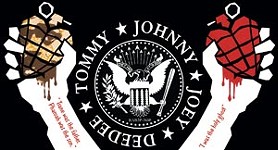 An extended music haiku for 2004

10 Locals To Catch Up With

Closing out a turbulent year

The Texas Documentary Tour: Liz Lambert's 'The Last Days of the San José'

With A Little Help From His Friends

Despite a forlorn fall, Austin racked up its second best film year ever in 2004, and, cross your fingers, 2005 is starting off strong

Just before I threw out her TV (or at least thought about it), I looked back at television in 2004

DiG! transcends the typical "rock movie" format and aspires to something greater: an examination of why we create and what we receive from art.

Leave it to the French to fashion an anguished psychological thriller that, in its last moments, also turns out to be a tender love story.

That droning sound you hear is White Noise.
arts & culture

Top 10 Performances That Transported Me in 2004

Gratitude and goodbye to Will Eisner, whose comic 'The Spirit' is the epitome of great American art

This month celebrates the 400th anniversary of Cervantes' 'Don Quixote,' the first great novel of Western literature and the most prophetic, in which deconstruction, postmodernism, and literary theory wind up bumping into one another and falling down hard

Deadly dental plaque, world's wealthiest pals, and burnt matches on an ironing board