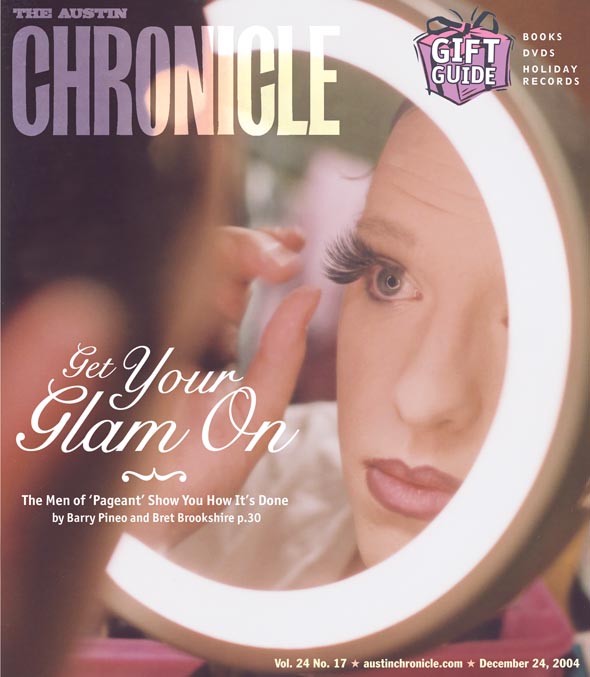 pdf
ON THE COVER:
Just Like a Woman
news 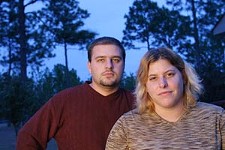 TABC, DPS, and APD all looking at circumstances of Jacobsons' fatal accident.

But can slick, GOP-friendly HillCo defend the public interest?

Pfluger extension may run through middle of Seaholm- area project

The True Cost of Empire

The sacrifices of U.S. soldiers represent only an installment on the payments due

As concrete Christmas arrives, who's got the last laugh now?

The Food staff on their fondness for holidays past: epiphanies, friendship, near-disaster, disaster, and always a full plate 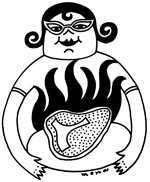 The Things We Fear at Christmas

The food staff on their fondness for holidays past: epiphanies, friendship, near-disaster, disaster, and always a full plate

It took an international incident of nuclear brinksmanship to teach me the real meaning of Thanksgiving.

The Drafthouse draws a big-name chef; plus, V.B.W. is giving you a big gift basket of foodie news for Christmas! 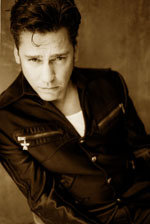 Dixiecrat Jesse Dayton ain't banging his head against a wall

Music From the OC: Mix 3 – Have a Very Merry Chrismukkah

Going Braless in city of Small Stars and smashed guitars

Jean-Pierre on 'A Very Long Engagement'

Woo, All Right Now, And Don't It Feel Like You're Going Bald and Homicidal!

Navigating the 'multicultural mess' of the holidays on the tube takes a sense of humor and taking ourselves less seriously; plus Paul Stekler gets a big nod from the Writers Guild of America

Andrew Lloyd Webber's The Phantom of the Opera

The plodding stage musical finally comes to the big screen, its relentlessly bombastic score intact with a vengeance.

Scorsese's best film in years is a work of bravura, classic Hollywood filmmaking.

The Life Aquatic With Steve Zissou

Bill Murray won't get the elusive Oscar for this one – for all its visual majesty, The Life Aquatic is too slight – but the film is nevertheless a funny, bewildering, and giddy spectacle.

You can Fockerize Meet the Parents all you want, but this new movie is a lame sequel to the comic hit of 2000.

The director of Amélie reunites with that film's star, Audrey Tautou, for this World War One love story.
arts & culture

How the men of Naughty Austin's 'Pageant' get their glam on

The new Whole Foods will be getting some tasty new art, the Blanton just needs another $12 million, and where in the world is the Cultural Arts office

A Christmas Carol Roasting on an Open Fire

In A Christmas Carol Roasting on an Open Fire, Rob Nash adds a clever curve to the holiday tale, matching Hollywood stars with Dickens' familiar characters

"Twister: Moving Through Color, 1965-1976" looks at artists of that era who took the road less traveled, continuing to investigate painting with spatial illusions and other perceptual tricks
columns

Acting as if God partakes in partisan or national politics is a display of blasphemy, not faith

Despite the change in inhabitants, the buildings, people, and mood of the old immigrant neighborhoods haven't changed. The streets still whisper the same cautionary advice: Survive and get out.

Stephen shaves his head and goes Southern ... or at least South Austin. And this time, it's not even SoCo!!!

What's behind the rumor that there are again threats to the availability of food supplements?

The ghosts of Pele and El Rey