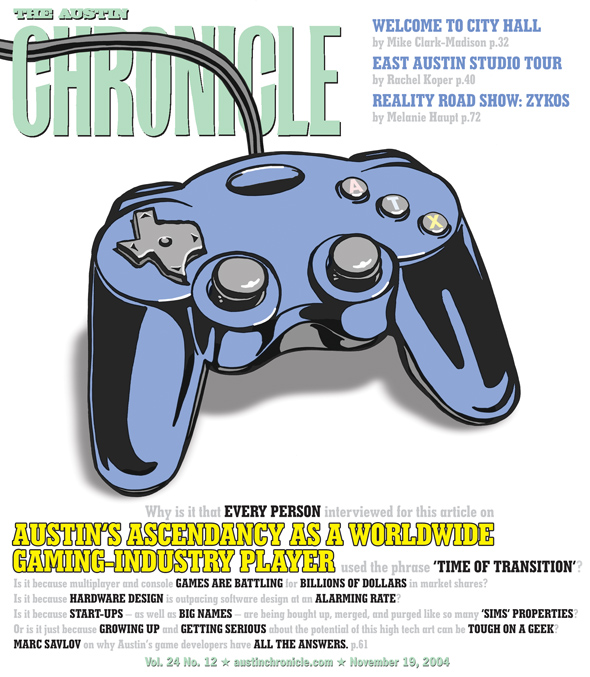 pdf
ON THE COVER:
Controlling Their Own Destiny
news 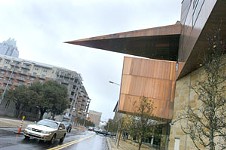 Welcome to the City Hall you thought would never come

White lawsuit is the latest chapter in the Mala Sangre saga

Fighting for the Right to Clean Energy

Outcry over San Antonio coal-fired power plant, and biodiesel gets a big boost

Breaking news from Austin and beyond.

The city says the water is just fine, but we're not certain

A big problem, or just a little problem? Either way, it's problematic.

Wake Us When It's Over

As much as we'd love to believe it, no proof yet of massive presidential vote fraud

Schlotzsky's on the Block: End Game?

Austin @ Large: Which Way Did We Go?

Looking for the starting line as the Council races begin.

Wal-Mart gets indignant; and Cheney gets churlish

Let the hotels, restaurants, and markets take care of it

'Tis the season for Zinfandel lovers

V.B.W. misses the Paella party but gets the scoop

Set in a limestone, tile-roofed building at the corner of FM 2222 and Loop 360, Siena resembles one of those rambling manor houses that define the Italian countryside

Tâm Deli, open since 1999, is one of our favorite Vietnamese cuisine venues 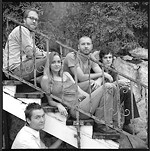 Godspeed, ODB. Say hi to Doug Sahm for us.

This May Be the Year I Disappear

It Always Will Be, Outlaws and Angels

Crimson and Clover: A Tribute to Tommy James & the Shondells

Who and Who
screens 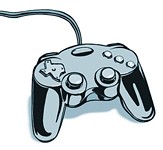 Controlling Their Own Destiny

So many questions for the gaming industry, so many Austin game developers to answer them

The Controllers (For Now)

Any and all of these companies – some big, some small, some downright tiny – are worth a look, and many are producing games you've probably heard of

The Geek Behind the GURPS

A conversation with Steve Jackson

Time Warner warms up your cold nights with … nonstop anime?

If it's November, it must be Christmas

A butcher, a baker, a police officer, a newscaster, a phone-sex-operator mom, a dead-beat dad, and a cheat. Ray Carver and a confused audience. A Best Director nomination for Robert Altman.

This creepy tale of a stalker and the object of his affection is adapted from an Ian McEwan novel.

Over-the-top gore is the rule when Chucky and Tiffany are resurrected by their anatomically incorrect offspring. 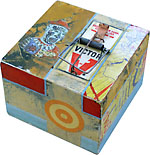 A Passage to (the Contemporary Art of) India

Stephen does Dallas … No, wait, we mean Houston. Stephen does Houston. In a big way. With big names. At the Icon. Don't you wish you were this fabulous? Oh, and he does the State Board of Education, too. Don't they wish?

A wholphin, some Harp seal milk, and 1 quadrillion operations a second

Is chicken soup as good for a cold or flu as people say it is?