ON THE COVER:
No Mercy
news 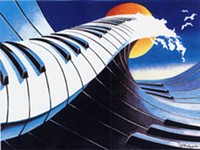 What's left in the clemency process for James Allridge

Despite voter approval in May, still no collective bargaining

Postcards From the Terrorists!

Be alert! People are taking pictures!

Neighbors weigh in on compromise plan to transform Downtown neighborhood

The retail giant's now 0-for-4 at the Travis Co. Courthouse

The governor has a compassion attack – or perhaps electoral indigestion

The Schlotzsky's Original takes to the Web and the warpath

BY LEE NICHOLS AND AMY SMITH

Chum in the Water at Finance Trial

A courthouse exec will handle the interim reins

From Dallas to the Border, Texas shortchanges its children and its future

Austin @ Large: Recall of the Mild

Want to dump Will Wynn? Be careful what you wish for.

The conventions offer TV-worthy news, if the networks would just look for it; and, teach English to foreigners! … so they can take your job

The Rules of the Game

How Hudson's on the Bend captures the spirit of cooking fearlessly

East Side Cafe co-owner Dorsey Barger was on the phone, nearly breathless with excitement

If it's late August, it must be heaven for Austin chile heads; plus, paying visits to husband-and-wife teams living their restaurant dreams

The 13th Floor Elevators' ground floors – where are they now? 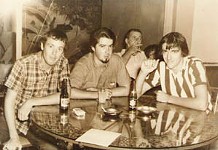 Another Saturday night at the bookstore, and some really awful TV

Another Green World, Before and After Science, Taking Tiger Mountain (By Strategy), Here Come the Warm Jets

Kill Your Idols: A New Generation of Rock Writers Reconsiders the Classics

The season's most anticipated games

A fresh 35mm print of 'Ladies and Gentlemen, the Fabulous Stains' plays the Alamo Drafthouse Downtown

A mash note to love that speaks to Generation Y as powerfully as The Graduate did to the Boomers.

This film version of the legend of Gram Parsons’ missing body lacks soul.

In this surprisingly romantic tale of confused identity and psychoanalysis, the doctor isn’t in, but the tax attorney is.

Is it wrong to root for the sharks?

This yuck-fest gets its jokes from men's fear of homosexuality and impotence.

Would that you could activate a "Dark Clown" card on this bewildering anime import.

Beneath its layers of epic detail, this Zatôichi is cinematic cotton candy.
arts & culture

Catherine Berry explains how to reverse engineer your very own musical

Topping Out the Blanton

That tree on the roof? Means the new museum is A-OK.

The Velveteen Rabbit: The Musical

All the elements come together to produce something truly magical in KidsActing's revival of 'The Velveteen Rabbit: The Musical'

12 Steps to a More Dysfunctional Musical

Rob Nash's '12 Steps to a More Dysfunctional Musical' gives his troubled Smith clan something to sing about: a 4-year-old boy
columns

If Athens, Texas, hosted the Olympic Games instead of its Grecian namesake, we would see an entirely different lineup of sports

How much selenium is enough and how much is too much in helping to prevent cancer?

Can a landlord hold a tenant's personal property?

Olympic soccer, featuring a chastened Chastain; and an open call for local stars