The Future Is Now

The Cost of Government?

Pain and Suffering for Hospital District

Forgione on the Stand

For one night only, a time-out in the hospital-district fracas

Low wages, sprawl among the concerns of package detractors

Richard Morrison takes on the Bug Man in his own backyard

The House transportation czar draws fire in his GOP bastion

The Lege punts, and the judge catches the school-finance football

The $33 million question: Will the city and county ever get along?

All is not lost: Grassroots activists win court battles; and the Pentagon revolving door is profitable for Bush buddies

Right Man for the Job

Steve Lawrence imports 28 wines, and there's not a loser among them

Classes, dancing, Bull at the Beard, and more among this week's scoops of news you can use 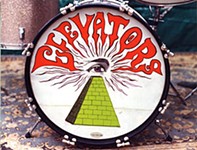 Where the Pyramid Meets the High

Life on Mars: A Tribute to David Bowie
screens

I want Craig McCracken to be my friend

Of all the secrets in Uncle Walt's vault, one would expect Donald Duck decked out in SS regalia to rank with 'Song of the South' and the pseudo-sex subliminals of 'The Little Mermaid'

All sugar, no spice in this modern-day fairy tale

Not Your Father's Musical (Or Your Kid's, For That Matter)

Remembering Nelson G. Patrick, a man who devoted 70 years of his life to the education of Texas' young musicians

Our mission to engage readers, excite debate, and reimagine the 'Chronicle' is ongoing; our new online forum is the latest step

Wanna know a 'Chronicle' secret? It runs in the family: Margaret Moser spends a lot of energy fantasizing being able to recast all the roles in 'Grease.' In this issue, Brother Stephen has some epiphanies over the possibilities of a modern remake of 'Valley of the Dolls'!

Kerrville-Schreiner Park is no longer a state park, but it is better than ever

Is there something that can be bought locally to treat Candida? 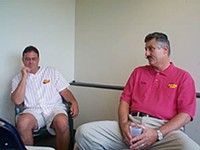