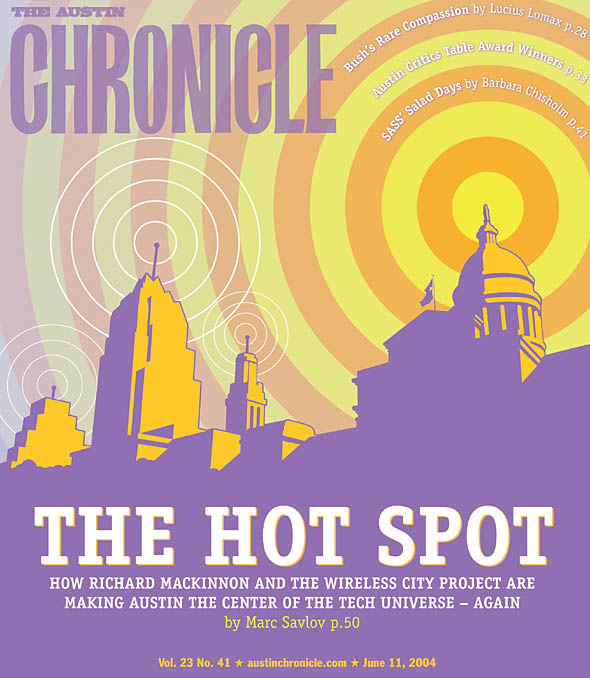 ON THE COVER:
The Hot Spot
news 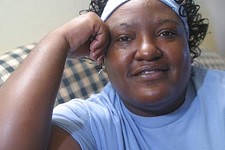 A Gay-Bashing in the East Sixth 'Dead Zone'

A new round of staffing changes, just in time for budget season

Transit authorities have freedom of speech, too, judge rules

Report: Poisons in Your PC

The Sayings of Candidate Badnarik

Will Maria's Save Walgreens?

The Elephants at Play

Further adventures in symbolism – and unintended consequences – at City Hall

From Caesar to miso to basil to spicy peanut …

Get in the Ring

I went down to the Crossroads, fell down on my knees

Keep Your Wig On

The End is Near

The Art of Removing Wallpaper

Where to Find Wi-Fi

From Austin Unleashed to the Wi-Fi Alliance

A Nonprofit, a City Council, and a Private Sector Walk Into a Park ...

Craig Baldwin's Blows Against the Empire

If it's June, it must mean zombies and free money

Plans are being made for even more gay TV. Whatever that means.

It came to Robert Altman in a dream, and that much is clear

The Chronicles of Riddick

Garfield Declawed is the result of taking this comic strip to the big screen.

Love and malice, as only the French can do it.

Teen satire softly pokes at the hypocrisies of organized religion. 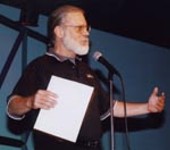 Do Kill the Messenger

Two Austin arts groups go to D.C. for an international arts festival, and another is headed to New York for one

You and I may not share those things we keep deep inside, but Ladee Leroy will make you awfully glad that Lee Eddy does

Liberals' core beliefs are as vital as ever, but they've forgotten how to communicate

What did the drag queen teach Stephen, and when and where will he get Wilde?

Is there any harm in microwaving food in plastic containers?

AIDS-related pain? Get paid for research!

Speaking through your children's blood, and the words of the past and the present

Luv Doc Recommends: Rock and Roll Free for All

Europe holds its own championship, Euro2004; the rest of us wait for the World Cup