ON THE COVER:
Westward Ho!
news

Some of the central organizational players in the land and water wars of western Travis Co.

Great-grandmother Marie died of a broken heart in Billings, Mont.

Austin running maven to get a little help from her friends

Yet more charges of impropriety against Texas' much-maligned supernarcs

Both Rep. Lon Burnam and the Department of Public Safety win in appellate court

If Texas can't kill the insane, where will the madness end?

Spider-Man gets kicked out of baseball; Bush and Rummy deny responsibility for torture

Eating My Words: An Appetite for Life

Movie Menus: Recipes for Perfect Meals with Your Favorite Films

Fig Heaven: 70 Recipes for the World's Most Luscious Fruit

Spirit of the Earth: Cooking From Latin America

Remembrance of Things Paris: Sixty Years of Writing From 'Gourmet'

A Thousand Years Over a Hot Stove: A History of American Women Told Through Food, Recipes, and Remembrances

V.B.W. keeps an eye on the comings, goings, and goings-on

Purple fingerprints on our past and present

The Spring rock & roll books round-up, from the cancerous and blind to the philosophical and fascist

Howling at the Moon: The Odyssey of a Monstrous Mogul in an Age of Excess

Morphing the Blues: The White Stripes and the Strange Relevance of Detroit

Escaping the Delta: Robert Johnson and the Invention of the Blues

Parallels and Paradoxes: Explorations in Music and Society

The Improbable Rise of Redneck Rock

Low Down: Junk, Jazz, and Other Fairy Tales From Childhood 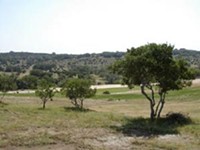 Has Austin – or anywhere else – ever seen anything like Cinemania weekend?

An interview with Lou Barlow

An interview with Antonio Fargas

An interview with Michael Beck

'Fabulous!: A Loving, Luscious, Lighthearted Look at Film From the Gay Perspective' and more

The media all but ignore the death of a Chicana titan. What's sadder is that it's unsurprising.

Lili Taylor and Guy Pearce star in this adaptation of an Anne Tyler story that was filmed in Austin several summers ago.

Everything is lewd and crude at this mile-high club.

Isabelle Huppert stars in this French road movie about a selfish streetwalker, her unwanted teenage daughter, and the escaped convict who befriends them both.
arts & culture

Coming Soon To a Concert Hall Near You

Three Austin artists – Sean Perry, Warren Cullar, and Jay McMahan – have had their artwork recognized on a national level

Playwrights Dan Dietz and Colin Denby Swanson are among the 18 semi-finalists for the 2004-5 P73 Playwriting Fellowship , and Dietz’s Tilt Angel has been selected for full production at New Jersey Repertory Theater next season

Relive your prom with Coda Theater Project; see Jaxon's artwork in a museum (of sorts); the Blanton receives $100,000 for its first show in its new building; and travel is in the cards for two AMOA leaders

To get into The Underpants, as it were, director Don Toner has deployed a reliable ensemble of able actors, who deliver a friendly poke in the ribs about matters a little farther south

A Night in Vienna

Friendship was the theme of the Budjanova Chamber Orchestra's A Night in Vienna, which was dedicated to the memory of Danielle Martin, the late UT professor whose life touched many of those at the concert
columns

Hey, it's his shower

Stephen cruises South First and 'Shouts' it out!

There are so many lawyers, how do I know which one to hire?

What nutrients can be taken to minimize radiation damage to healthy tissue?

Justice sidestepped: Lane McCotter, the Bush administration's overseer for rebuilding Iraq's prison system, previously resigned from his job as Utah's top corrections officer because he was under investigation by the U.S. Justice Department for reports of abuse

Luv Doc Recommends: Jesse Sublett in-store with the Class of ’78