A Battle on the Shuttle

For aggrieved UT drivers, the buck stops at Capital Metro

The Systems, Side By Side

Capitol Metro vs. the UT Shuttle

The Democrats gather at Scholz Garten to celebrate the Ardmore anniversary

The New Mueller: Prepare for Landing!

After 20 years of preparation, the City Council moves forward on the Mueller Airport Redevelopment plan

Health, Wealth, and Happiness on E-Night

The state doctors' group stands up for physician, patient rights

The school board decides to boost the bond package price tag

Richard Florida "answers his critics" – but misunderstands the question

Austin @ Large: For Whom the Road Tolls

As Perry's session goes down to defeat, the rest of Texas celebrates a victory

Nanotechnology will rain gold on us just like, um, high tech did; and Colin Powell promises jobs … to India

Does your chewing gum lose its flavor on the bedpost overnight?

Rounding up the latest in DVD 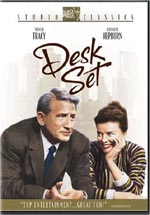 Terry Jones on 'Life of Brian' 25 years after

The Lion in Winter roars back on Showtime

I'll Sing for You

Sun-dappled sadism and sweet innocence merge in this psychological thriller that sees evil from a young Italian boy's point of view.

Shrek reloaded: DreamWorks discovers that it's easy being green.

A Buddhist monk, viewed from childhood to old age, becomes a vehicle for exploring the journey of the soul in this cinematically rich Korean film.

Could it be?: a study of human stupidity that's not, um …, stupid?
arts & culture

On the Right Path

Playwright Tom White reflects on his latest work, The Misses Overbeck, and on the 30 years of playwriting that preceded it

Your Style Avatar does the unthinkable and exposes himself to sunlight, presenting the latest in summer fashion

Changing of the Bard

When the Texas Legislature sought to pay for a property tax cut with a tax on performing arts events, local arts groups mobilized and made their opposition heard

"The Collaborative Spirit: Prints, Presses & Deluxe Artists' Books" at the Ransom Center is a terrific show that recalls the exuberance and true freedom of an earlier America through collaborations by visual artists and writers in printed books

Refraction Arts Project's production of Orange is a true accomplishment, with interlaced stories weaving an explosive tale about the destruction of humanity

The prints and drawings in the Blanton Museum's "Heroines, Harlots, and Hussies: Old Testament Women in Renaissance and Baroque Prints" illuminate the way women shape biblical history, even though it's often through their misbehavior
columns

The manufactured debate over Kerry's war record, in light of Bush's privileged nonparticipation, is testament to Republican strategists' sound-bite brilliance

Your Style Avatar has attended 10 of Club De Ville's fashion shows and has this to say about the direction they are going in: "Pfffft~!"

Lavender might some day join wildflowers, peaches, and wine as a signature product of the Texas Hill Country

How do I choose a lawyer?

What is CRP and what is the connection to cancer?

BY SANDY BARTLETT AND ROBIN WARD

Luv Doc Recommends: “Live at the Nutt” with Matt the Electrician and Southpaw Jones

Iraqi soccer team makes the Olympics, but if only they had a country; the Lightning get whupped; and more soccer news from 'Old Europe'