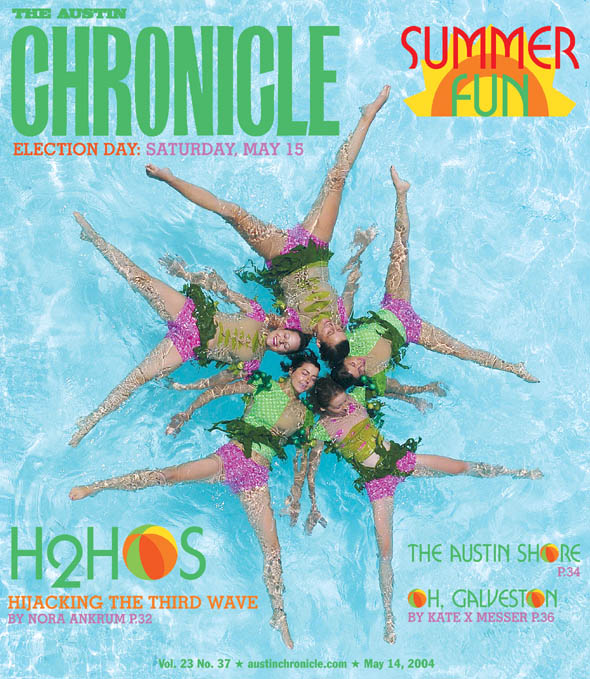 ON THE COVER:
Summer Fun
features

Join us as we head for the beach – the one here in Austin and the one on the Gulf! 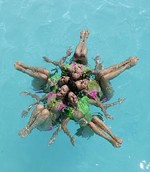 The H2Hos take their renegade feminism to Austin's pools and beyond

Love Song to the Changing Room

BY MEILING GUENTZEL AND REENA KARIA

Love Song to the Island

Down at the Balinese

Galveston's past, present, and future come together at the Balinese Room, a resurrected old casino finding new life as a live venue on the Gulf

The recent renovation of Galveston's Hotel Galvez brings the old girl back to her beginnings, as the island's crown jewel

Tale of a fateful ship

I Get Around: Galveston Transportation Options

How one might get around Galveston should one find oneself there 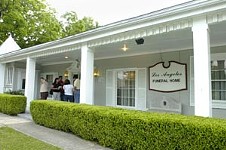 Despite plenty of reasons to go slow, the agency – and its developer friends – are in a big hurry

Central Austin Plan: Love Is All Around!

The transit authority debuts Rail: the Sequel, four years in the making

And the Statesman's apology is still not forthcoming

California kicks the machines out of its polling places

Austin @ Large: Vote, With Your Feet

With the special session nearly gone, the goal continues to recede

Corporate advertising pisses me off; and, the rich get richer 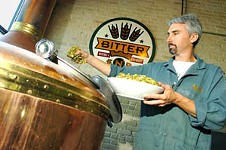 Does the pub grub myth extend to the Bitter End? 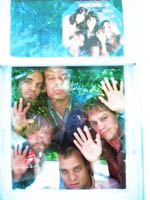 All of a sudden, it's cool again to play other people's songs – not to mention fun!

What Are Your Favorite Local Covers?

Who Gives a Hoot?

All in a Day 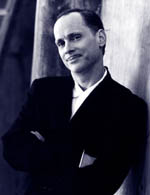 John Waters on tour, in Austin

The Little Documentary That Could

Is the film festival still all good in the hood?

Friends is dead. Long live Friends. Now, can we move on?

Breakin' All the Rules

Despite the title of this sugar-coated fluffbomb of an urban romantic comedy, precious few rules are broken, cinematically speaking, during its quick, painless 90 minutes.

A movie about a Christian pilgrim and chance, temptation, and illusions’ protection.

In his cheeky but incendiary documentary about our fast food nation, Morgan Spurlock chronicles the deterioration of his body after a 30-day "McDiet."

This big-budget adaptation of The Iliad tries mightily, but the end result is the sound and fury of Homer undone.

A finely observed moral drama from Scottish filmmaker David Mackenzie, one of the rare directors who is equally adept at composition and working with his actors.
arts & culture 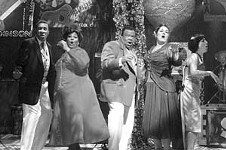 It's All About Surprise

Bring cans of food to the ballet for a prize in return, holdovers for 'Stadium Devildare' and 'Noises Off,' and it's time for the O. Henry Pun-Off and the Capital City Men's Chorus midnight cabaret

Green Day, Thanks to NEA

Austin artists and agencies will receive a total of $891,200 in the latest round of federal funding from the National Endowment for the Arts

In Six Mexicans Named Gonzalez, writer-performer Adrian Villegas is not afraid to confront American racism and spit in its ghoulish eye – and he's pretty damned funny as he does it

'A Piece of Work: AquaPoint'

AquaPoint is not overly arresting, but if you're leisurely walking the grounds of the Austin Museum of Art at Laguna Gloria, Damian Priour's limestone arrow dripping water is hard to walk by without pausing

Ghost From a Perfect Place

Blending eerie reminiscence and the trappings of outright hostility, Vortex Repertory Company production of Ghost From a Perfect Place feels as if it ought to be more provocative than it is
columns

Fighting a traditional war in Iraq dooms us to failure; knowledge and understanding are the real weapons of the future

Is high-fructose corn syrup worse for us than other sweeteners?

The United States military is moving inevitably toward reinstating the draft