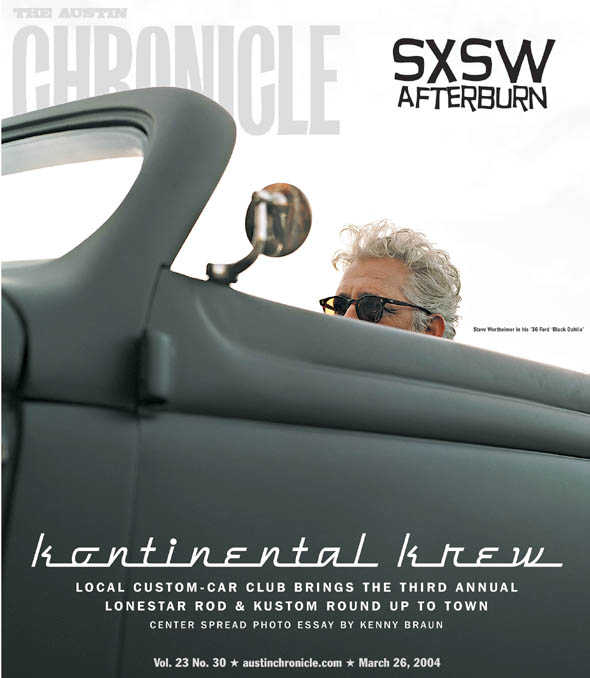 ON THE COVER:
Kontinental Krew
news

The APD version of the Ozomatli bust at Exodus is ... hard to believe

GOP players get the vapors over side issues in the scandal

Neighbors get organized, call on Todd Baxter, and cut a deal with the LCRA

But opponents are blowing a gasket over plans for tailpipe testing

A company that wants to get under your skin; and the Social Security hoax

By innovating old favorites in an old building, Moonshine is setting new standards

Think things are slowing down after SXSW? Not when it comes to the food business in Austin.

SXSW Panel: Turn the Beat Around

The Life and Times of Bill Hicks

An interview with Francis Preve, laptop composer and producer

"This is one of those rare cases where the initial conception was ambitious to begin with," Executive Producer Steve James says of The New Americans, a three-part documentary premiering March 29 on PBS' Independent Lens.

Dawn of the Dead

It's hard to keep a good zombie down

Ben Affleck plays a widower dad in this family dramedy from an uncustomarily sweet Kevin Smith.

Omar Sharif makes a welcome return to the screen in this gentle French film about a Jewish adolescent and an elderly Muslim shopkeeper.

Every known hip-hop gangster cliché comes to the fore in this film starring DMX and David Arquette.

A documentary about how things change and don't change. 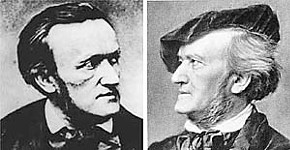 With 'The Flying Dutchman,' Richard Wagner made opera bigger than big

Ballet East goes "Tribal" this weekend, using movement to explore issues of belonging, the ties that bind, and how tribes can lower us to barbarism or lift us to redemption

Decade on the Vanguard

No. 10 looks like the best Salvage Vanguard birthday ever!

With Neil LaBute's The Mercy Seat, the dirigo group takes us back to 9 / 11 and shows a couple laying bare their relationship against that day's monstrous tragedy

Nashville-based photographer Jack Spencer is such a maestro in the darkroom that the prints he creates have the mysterious, almost shrouded look of Old-West silver tintypes

On the first anniversary of the American-led invasion of Iraq, the Austin Symphony offered a pleasing variety of views of the American landscape through music by 20th-century composers
columns

Our latest batch of gaffs and blunders

Catch Stephen out schmoozing for a good cause or two. It's that time of year, folks. The social and fashion seasons are upon us.

The world's largest collection of spurs is almost too big to comprehend.

A Hindu Heinrich Himmler, a hard of hearing Hoover, and heavenly hemispheres

Can any nutrients help fend off an imminent headache?