ON THE COVER:
Once Upon a Time in Austin
news 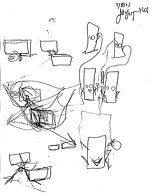 Anatomy of a Shooting

The Donkeys Kick Back

Doggett picks up a surprisingly easy victory in his new district

Backers and opponents gear up for a May 15 vote on a Travis Co. health care taxing district

The governor calls attention to things he'd rather not be discussed

Good Enough for Your Kid

The Lege considers the cost of an "adequate" public school education

Austin @ Large: Oversight, Out of Mind

As the city and police union move forward, what's being left behind?

Four of Austin's most reliable downtown restaurants keep on pleasing 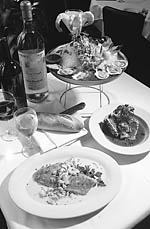 It's time for the Star of Texas Fair & Rodeo, and all of the victuals that come with it

Get Me Back to Austin

Five reasons to the celebrate the 2003-04 Austin Music Awards

SXSW Film wants its MTV, or at least its music films – Austin and otherwise

Will Wynn has it in for AMN, as does the Austin Hotel & Lodging Association

The Decline of British Sea Power

You Know the Rules

Once Upon a Time in Austin

The films, the filmmakers, the crews, the making of a scene

If you read this story, your career could be over by the end of the day: Michael Paradies Shoob examines 'Bush's Brain'

The Passion of the Journalist

Jonathan Demme on 'The Agronomist," his tribute to Haiti's bravest, loudest voice for democracy

With 'Jersey Girl,' Kevin Smith swaps out Jay and Silent Bob for a 7-year-old, all while 'The Green Hornet' looms

The Most Dangerous Game

What Is Strangest Is Inseparable

Alamo on Its Way South

Friday night is a terrible night to launch a new series

Frankie Muniz, playing the star agent of the CIA's kiddie corps, saves the day in London.

The Book of Mormon Movie, Volume 1: The Journey

A West Hollywood party boy and a Mormon missionary find love and understanding.

Even the powerful combination of Johnny Depp and John Turturro can't save this Stephen King film adapatation.

This crackling good David Mamet movie starring Val Kilmer is one if the writer-director's best efforts.

The pace of this political thriller about a Nazi collaborator on the run for four decades (Michael Caine) is as listless as the justice system that pursued him. 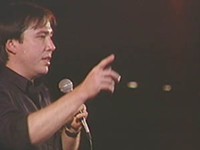 Requiem for a Sane Man

Feedback of a Different Kind

At last week's arts funding forum, artists gave city officials an earful – but not what they expected

The Blanton Museum of Art adds another Old Master to its collection, Cinqué Hicks adds Electric Skin to the Web, and Jay McMahan has his art added to the Muscular Dystrophy Association's Art Collection

Rhythm of a Life

Tapestry Dance Company's Rhythm of a Life pulsed with a vigor and intensity that seemed to arise from new, deeply personal connections to dance and to life

While the UT Department of Theatre & Dance's production of Sueño has an eye for the visual, the perfunctory sound design and strained emotionalizing by the actors leave it less than dreamy
columns

There is no other place in the country, outside of New York and L.A., with the same quality and quantity of filmmaking and filmmakers as Austin

Stephen goes shopping with a friend to get ready for all the big to-do’s on the social horizon. Hide your credit cards.

Capt. Day Trips drops the 411 on Round Top, Texas