ON THE COVER:
I Am a DJ
news

The Figures Do Lie

The Texas executions continue, amidst new questions about pain and suffering

Things get personal between the campaigns for Travis Co. judgeships

In Other Election News...

The new education commissioner has 'chosen' to accept 'school choice'

A cowardly city hides behind a dishonest daily's tall tales

Bring out the slots and dancing girls – the Governor wants excellence!

Forget Clinton – the Republicans are still going after FDR! And, corporations move even middle-class jobs overseas.

Here's looking at you, kid … red wines for Valentine's 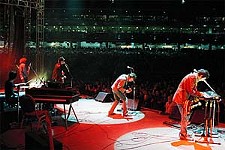 Too Far. Too Fast. Too Soon 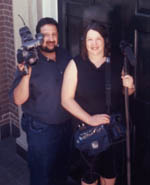 It's Doug's World, the Rest of Us Just Decorate in It

Spacing Out in Round Rock

Sure, Peter Biskind had his targets. But did he hit them?

Jerri Blank makes me "moist as a snack cake down there"

Aileen: Life and Death of a Serial Killer

Executed serial killer Aileen Wuornos leaves little doubt as to her sanity in this second Nick Broomfield documentary on the subject.

Barbershop 2: Back in Business

The franchise is back in business, though this time the project has a more calculated feel.

A bus-hijacking in Rio becomes a microcosm of the city's ills in this on-the-scene documentary. 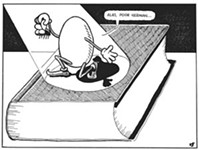 Shadow or No Shadow, It's First Saturday

February may be a month of uncertainty, but you can be sure that the first Saturday will find art galleries across Austin offering tours and special events

Where in the World Is Einojuhani Rautavaara?

The singular, compelling choral music of the Baltic Sea countries has grown in popularity, so Conspirare is exploring the region's sounds in Cool Blue, its first concert of 2004

Malcom Bucknall's classic technique and Bale Creek Allen's witty conceptualism are different as can be, but the contrast is part of what makes this D Berman Gallery exhibit so enjoyable

Run for Your Wife

In Onstage Theatre Company's production of the farce Run For Your Wife, you get engaging performances, split-second timing, and a lot of laughs

In Rebecca Beegle's imaginative Don't Drown, Judy Garland welcomes Mary Shelley onto her TV show to talk about an apocalyptic novel, and the result is a compelling portrait of souls suffering in isolation
columns

No matter how clearly wrong it may be shown to be, the Statesman's APD report will remain in the community's mind as 'truth'

In the next presidential election, only the Democrats can be counted on to preserve the Bill of Rights

The passing of two style icons is observed

I have been unable to get enough calcium from my diet due to some food allergies but all the calcium supplements except one, MegaFood brand, give me gut problems. They claim that because their supplements contain whole foods, 100 milligrams of their calcium gives the benefit of up to 1,000 milligrams of other forms of calcium. Can this be true?