ON THE COVER:
Tale of a Tale Spinner
news

Military might makes investments right for teachers and state employees in Texas.

The Texas Growth Fund is a bipartisan creation.

Meanwhile, at the Supreme Court ...

Lowe's and the city cut a deal over the aquifer.

APA, Futrell Turn Up the Heat

The city manager and police union continue slinging barbs over the withholding of the King investigation results.

How Much Is the Sun Worth?

Austin Energy tries to place a value on solar power.

A grand jury declines to indict in the death of Lennon Johnson.

Valley Democrats look for a border candidate in the new District 25.

The school district doesn't know who left its old computers by the roadside.

The man behind FreePAC can't find enough conservatives at the Capitol.

White supremacists in Texas with weapons of mass destruction: Who knew?

Austin @ Large: The Writing on the Wall

If neighborhoods don't embrace Smart Growth, the city as a whole will get stuck with stupid growth.

Cable television promised savings with deregulation … and we're still waiting; and, the "synfuels" loophole has just become a bad joke.

Or, it takes a lot of patience to play Mrs. Santa Claus.

Since you've been good boys and girls this year, Virginia B. Wood fills your stockings with lumps of foodie news instead of coal. 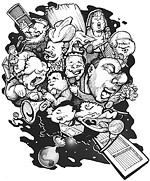 Takes Off, Surrealistic Pillow, After Bathing at Baxter's, Crown of Creation

Let It Be … Naked 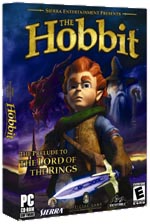 As The Lord of the Rings journey ends onscreen, Austin game developer Inevitable Entertainment rewinds to The Hobbit.

Sundance, Slamdance, and South by Southwest: The 411 on upcoming fests is right here.

Charlie: The Life and Art of Charles Chaplin

An authoritative film study of the career of the Little Tramp by the esteemed journalist Richard Schickel.

The masterful storyteller Jim Sheridan, along with a wonderful cast, tell the story of a family whom you'll never forget.

The saga ends (and ends) back in the Shire where it began.

A nerdy high school student pays a cheerleader to pretend to be his girlfriend in order to appear cool.

The new Julia Roberts movie applies a retrofitted sense of feminism to the Great Housewife Debate of the Fifties.
arts & culture 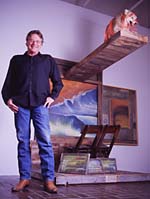 Tale of a Tale Spinner

How a ballplayer, a piano player, beatnik poetry, and Lubbock made Terry Allen an epic storyteller.

When Comic Do Good

Thanks to the benefit 'Stand-Up Is Dead,' some Central Texas wildlife won't be.

Austin architectural firm TeamHaas was tapped as the new design team for the proposed Long Center for the Performing Arts.

The cast of Zachary Scott Theatre Center's annual Rockin' Christmas Party delivers like crazy for over two hours, but this year's edition feels under-rehearsed and is uncomfortably loud.

Pro Arts Collective's Black Nativity isn't quite theatre and isn't quite church, but a celebratory presentation of both that includes glorious gospel music and the eloquence of Langston Hughes.
columns

The very nature of the police's job should earn more consistent praise, but at the same time it demands monitoring.

Stephen gets on all fours for the holidays. You heard it here first.

Broccoli is to cats as feet are not to Toto.

I used cash to buy electronics equipment from the Austin store of a nationwide electronics company. I want to get my money back but am not sure what my options are.

Are there natural remedies for pinworms?

Soccer news from around the world