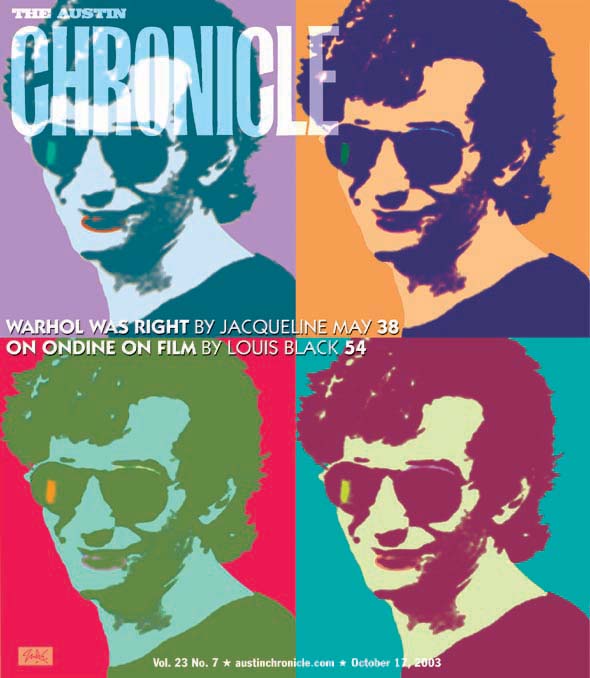 ON THE COVER:
'You Were Right, Andy'
news 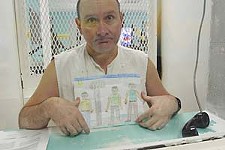 Why Is Doil Lane Still on Death Row?

Despite a Supreme Court ban on the execution of the mentally retarded, those prisoners remain on Texas' death row.

'There's Going to Be Some Changes'

The Beast Wins a Round

Dueling proposals for tweaking -- or gutting -- the smoking ordinance

Kucinich comes to Austin on his "formal announcement" tour.

Leave no child untested -- for drug use, that is

Madame Comptroller gets her back up over HB 7.

A federal indictment charges Patric Davidson as an "accessory after the fact."

Will midwives be allowed to practice at the Austin Women's Hospital?

The Propaganda Industry: A Conversation with Sheldon rampton

Despite the outrage of the land pimps, Austin's dis-invitation to Wal-Mart is democratic, legal, and honorable.

The gavel comes down on the Lege that wouldn't Leave

Redistricting: the end? the feds and the courts pick up the shattered pieces of Texas

Wellstone supporters continue his legacy; and the Beef Association crams more fat into your arteries.

The Golden Plum Shines On

Mirabelle means inventive and impressive by any name

Virginia B. Wood loads up your plate with events and a piece of the Big Apple.

From My Mexican Kitchen

The South rises again even if Southern rockers deny it.

KNIFE IN THE WATER

Plays One Sound and Others, Cut the Cord, Red River

Pancho & Lefty, Greatest Hits (& Some That Will Be), Tougher Than Leather, Always on My Mind

The Trouble With Humans

Into the Mystic, Texas Soul Sisters

On Ondine on Film

The pope and the artist, the hotel and the factory

On Ondine on Film: Editor's Cut

This is an extended version of the story that ran in the print edition.

Ondine on Edie, On Warhol, on Ondine

BY MARJORIE BAUMGARTEN AND LOUIS BLACK

BY LOUIS BLACK AND ED LOWRY

This is an extended version of the story that ran in the print edition.

BY LOUIS BLACK AND ED LOWRY

There's a new -tober in town, or at least online. Try "Gothtober," as in Gothtober.com -- the advent calendar for the grue-lovin', candy-corn-pervertin' set.

Marc Savlov's not mad, but everyone else is.

NBC's Boomtown might be bust, while Independent Lens' Foto-Novelas 2 saves the day.

A boy is the only human who can understand the mission of his dog from outer space.

House of the Dead

The Texas hills are again alive with the sound of chainsaws. 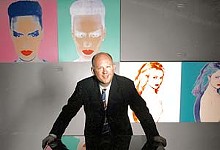 'You Were Right, Andy'

Getting beneath the surface of Andy Warhol with Tom Sokolowski

I'll Be Your Mirror

Master of the Speedy Stroke

Gordon Fowler wastes no time when it comes to making his mark in watercolor.

Last week for comments on the revamp of the city's cultural funding process, and chroegrapher Ann Carlson returns to UT.

The Zachary Scott Theatre Center revival of Who's Afraid of Virginia Woolf? is a real horror show, making the clash of Edward Albee's middle-aged marrieds George and Martha both titanic and terrifying.

Austin Symphony with the Eroica Trio

A concert showcasing a variety of tempos, intensities, and moods -- from cheeky Beethoven to hypnotic Kilar -- made this particular outing of the Austin Symphony with the Eroica Trio a memorable success.
columns

Contemplating the devastating effects of redistricting on democracy and the transformational effects of knowing Ondine and Ed Lowry.

How badly did Stephen's illustrious editor screw up his column last week? You'll just have to read to see -- but trust us, it's worth it, if only for the amazing list of haute fashion events listed herein. Your social calendar will thank you.

Why do so few calcium supplements have phosphate? Isn't phosphate needed for bones?

I got laid off from my job more than three weeks ago. How can I get my old boss to pay me without a big hassle?