ON THE COVER:
Black and White and Rick All Over
news 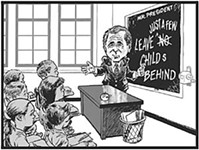 Leave No Child Behind

In a an excerpt from their new book, Molly Ivins and Lou Dubose expose Bush's No Child Left Behind policy as an educational Enron.

BY LOUIS DUBOSE AND MOLLY IVINS

'The Powerful Odor of Mendacity'

Sophia King: Is the Case Closed?

The city should have known its report couldn't bring "closure" in the Eastside shooting death.

The mayor's rebate idea bombs as foes contemplate dragging the Beast into court.

The first annual Green Festival heads to town next week.

The cop who shot Sophia King is honored by the police union.

Delays and conflict-of-interest charges in the Jimmy Chapman investigation.

Is there a Bush-beater in the House -- or the Senate, or the VFW?

The redistricting conference committee doesn't look like Texas, and Strayhorn gets slapped

Of the Old World

Where to find some of the finest pastichio, mousaka, and moi-moi in Austin

Where to find some of the finest pastichio, moussaka, and moi-moi in Austin

I hope you saved your appetite for all of the news Virginia B. Wood is plating up.

Online music trading that "leaves" the RIAA and music industry in the underbrush.

Tuned In, Burnt Out: Psychedelic Sounds on CD-R

The Love Below / Speakerboxxx 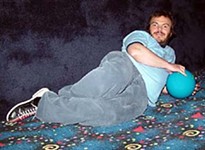 Black and White and Rick All Over

The ABCs of 'The School of Rock'

'The Austin Chronicle' and Richard Linklater

The beginning of a beautiful friendship

With Artistic Director David Barker saying that "these films should be celebrated [as] films that arduously defend the beauty, integrity, and social role of the moving image," the Cinematexas International Short Film Festival awarded its Geckos at a closing ceremony at Club DeVille on Sunday, Sept. 21.

With five Austin QT Fests under his belt, Tarantino will be sharing this format with the world, as the Trio cable network presents six nights of Tarantino-presented movies to coincide with the opening of his new film Kill Bill Vol. 1 on Oct. 10.

EA Sports has truly outdone itself with this year's installments of Madden 2004 and NCAA Football 2004, with each game taking its respective franchise to the next level.

Insanity everywhere: The Chain Saw strikes back, as does the Arbor, sort of; R. Lee Ermey gets piggish; Jack Black kisses like a fish; and videos might kill radio stars, but they launch Austin artists' careers.

Ben Stiller and Drew Barrymore play a young couple is driven batty by a geriatric neighbor from hell.

There's zero fat on the bone in this stunning Japanese action import.

The man-mountain known as the Rock is diminished by all the action clichés in his new picture.

Michael Holland and Karen Mack make a performance party out of hits from the Seventies and Eighties.

The Austin Circle of Theaters has handed out its annual B. Iden Payne Awards, honoring outstanding achievements in local theatre from August 2002 through July 2003.

A Flea in Her Ear

Seeing actor David Stokey in the Mary Moody Northen Theatre production of A Flea in Her Ear, carrying off the spectacle of a man whose life has utterly unwound for the most preposterous of reasons, provides a refreshing reminder of the pleasures of farce.

The Man Who Was Too Loud

Josh Frank's The Man Who Was Too Loud pays tribute to Jonathan Richman & the Modern Lovers with some fantastic covers of the band's music, but the portrayal of Richman as a dramatic character is so far off target that the show smacks of a vain attempt at cool.

Three highly amusing and personable comic actors skewer, pun, and cook their way through all 37 of Shakespeare's plays in The Complete Works of William Shakespeare (Abridged), a show that launches the Austin Shakespeare Festival's 20th anniversary season with a bang, a few whacks, and a lot of laughs.
columns

Meet our new Web site; local film news; and tackling denial, from the city budget to the Republican right.

Having children used to be necessary for a family's economic survival; in the last century it has instead become a choice.

Meow? Meeee-oooooowww? Where is Miss Kitty??? And is Stephen going all punk rock on us?

What does colostrum have in it that is good for babies, and is it also good for adults? 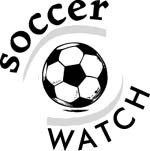