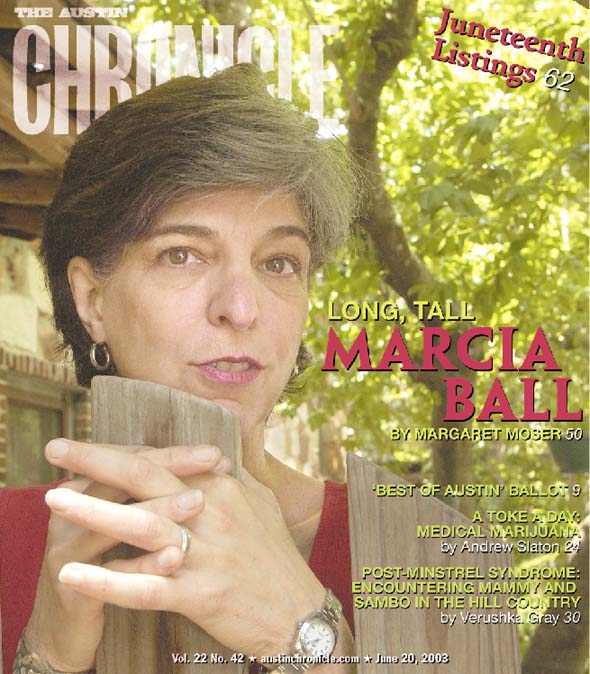 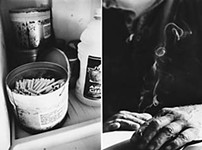 A Quarter Ounce a Day

Texas man lives by -- and fights for -- medical marijuana

Judge Rules in Favor of Supercuts in "Off-the-Clock" Case

Will RAVE Act Stomp Out Drugs -- Or Dissent?

Drug reformers plan to sue to overturn a new federal law they say was used to stifle their criticism of government policy.

Up, Up, and Away! Utilities Ready to Raise Rates

The budget gap will be plugged with rising utility rates.

King Fisher Creek: It's Back!

Elect No More: Wynn Is In

Songs of Freedom in Tulia

The first 200 bills signed by Gov. Perry are a very mixed bag.

The council gives Children's Hospital to Seton before anybody knows what it's worth.

The Pentagon and Boeing play kissyface; and Bush becomes the Terminator.

Don't Take the class, charm, and reputation for granted

Virginia B. Wood reports from the fields of lavender in this week's "Food-o-File."

Second Helpings: You Scream, I Scream, We All Scream

Hepatitis C and the damage done.

Austin filmmakers Ryan Polomski and Frank Bustoz found not just a subject in Guatemala, but a co-director, too.

Considering trilogy storytelling has once again become Hollywood's new cash cow, it was only a matter of time before all three of Robert Zemeckis' Back to the Future films were released as a box set.

A trip to Minnesota, where the state Legislature recently approved major support for two theatre construction projects, inspires a new way of looking at arts funding in Texas.

Although it harbors minor inconsistencies, Allen Robertson's The Bremen Town Musicians, set in Depression-era America and scored with gospel and bluegrass music, is a fine play for family viewing. It has enough talking, singing animals to satisfy any kid and music that is highly enjoyable in and of itself.
columns

We struggle with the obscenity of a special legislative session aimed at redistricting, and we mourn the passing and celebrate the life of Al Ragle, an almost unsung hero of the Austin music scene.

Elbow, elbow, wrist, wrist! You know that our diva style avatar Stephen made the scene (and quite a scene) at the Pride Parade. And what hot li'l purring mama will soon be off the singles list?

Why is aspirin good for so many different things? Is there anything like aspirin among the nutrients?