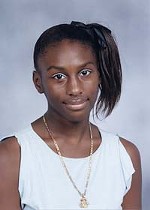 Leaving the Children Behind

The Discipline of Numbers

The Austin ISD crime and disciplinary statistics give a partial but confusing picture.

A Monday public hearing will review a woman's "official oppression"

Place 5 'Up for Grabs' as Clarke, McCracken Square Off

Breaking Down the Numbers

Will The Smoke Clear Before Garcia Leaves Office?

The smoking ban gets preliminary approval but its future remains uncertain.

The House Adjourns to Oklahoma

The House Dems may be losing the legislative wars, but they're finally winning the PR battle.

Why We are Here -- Working to Defend Texas

The "quorum-busting" Democrats defend their actions.

The Texas Lege comforts the comfortable and afflicts the afflicted; and Nevada proves to be a poor dumping ground.

Eating out … 30 minutes out: MM Pack and Mick Vann review the ethnic fare up north.

Cheap beer and food after a long day. What an idea! Happy-hour buffets in this week's "Second Helpings."
music

Do the Tighten Up

Chances Are You're Probably Not Going to Like This

The Best of International Artists

Callin' the Heavens & Closin' the Bars

Peace of My Mind, Rooster Nudes

Soul is My Music: The Best of Bobby Patterson

Under the Table & Above the Sun

Get Your Warblog On

As conventional media stumble, the Web's armchair war reporters rise to the occasion, to questionable effect.

Anything goes at the Alamo's Open Screen Night.

Festival news from around the globe, as pertaining to Austin's little chunk of it.

The end of an era -- Buffy takes her final bow.

Let There Be Light

After a $14 million facelift, UT's Harry Ransom Humanities Research Center is letting the light in, literally, through new windows across the front of the structure, and philosophically, through a new mission to give the public more opportunities to see and enjoy its astonishing accumulation of cultural treasures.

"In a New Light" Programs

Music to Hang On to Life By

Dramatizing the pull of music on a human life is no easy task, but Warren Leight's Side Man shows jazz players hanging on to their music to keep from giving in to despair, and its Austin premiere will benefit from the skill of Zachary Scott Theatre Center Artistic Director Dave Steakley, who has consistently demonstrated an uncanny knack for portraying the impact that music can have on a life and the place where drama is best expressed through music.

The unexpected passing of one of Austin's most generous artists, Tré Arenz, and a teaching honor for UT School of Music professor Judith A. Jellison.

The House Democrats' walkout was their best option in light of Republicans' vicious and highly partisan day in the sun; ending The Chronicle Hour quiets the right-wing voices in our head.

Oh, it's spring -fever time in fashion-land, and you know what that means: events, events, events. Also, find out about the Kerrville designer who influenced millions.

How do we know if we're getting the right amount of copper?

A Little Late, For Bix