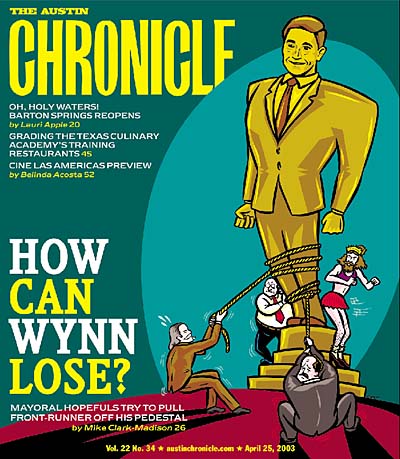 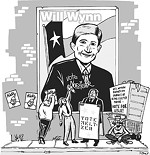 How Can Wynn Lose?

The mayoral odds are with Wynn, but could a run-off be a race?

Brief profiles of the 2003 mayoral candidates

A setback for Sixth + Lamar, a victory for keeping Austin weird

BY LAURI APPLE AND MIKE CLARK-MADISON

The Statesman-spawned toxics crisis is finally over, but threats to Austin water quality remain.

The Hammer's Back in Town

For mayoral candidates, the rubber has yet to meet the road (or rail).

Sen. Bill Ratliff's committee shows what good government looks like as it takes up controversial HB 4.

French's Mustard ain't French -- or American; and a traveler wonders what country he's in.

Rachel Feit and Wes Marshall are on campus at the Bleu River Grille and Ventana, the Texas Culinary Academy's training restaurants. 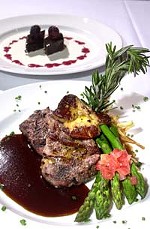 Virginia B. Wood shares her considerable files on food with you lucky folks.

Eighties retro-synth bands like the Faint, Fischerspooner, and Austin's This Microwave World prove that the best way to move forward is to look back first.

Diamonds on the Inside

What to see at the sixth annual Cine Las Americas.

All Over the Map

It Runs in the Family

The difficulty of describing dance inspires choreographer Kathy Dunn Hamrick to create an ingenious 30-minute dance out of phrases from dance reviews.

Crank Up the Machine!

When Austin Symphony conductor Peter Bay leads the UT New Music Ensemble in a performance of George Antheil's Ballet mécanique, he'll not only be giving the 1920s work its Austin premiere, he'll be reviving the notorious masterpiece of one of the true bad boys of music.

The materials that make up Shellife are commonplace, likely to be found in any thriving household: eggshells, a white ceramic bowl, tulle, a small wood table, fabric. Yet the way artist Regina Vater has placed them together elevates them from everyday to shrinelike, allowing the installation to strike a spiritual chord.

In The Black Tower, the experimental performance company ethos creates another theatrical museum through which audiences may examine living dioramas populated by Greek gods engaged in struggles with each other as old as the human race.

The SilverStar Theater Group production of Fame -- the Musical can't rise above the triteness of the script, but its rewards are multitudinous, with some energetic, and truly talented, young people as well.

Hearing clarinetist Richard Stoltzman and pianist Emanuel Ax at Bass Concert Hall is like watching chess at Memorial Stadium, but the seasoned musicians still managed to dazzle with their virtuosity and plant music in your head that could lure you into a speeding ticket on the way home.
columns

Songs of democracy in distress

Is coral calcium really better than other calcium sources?