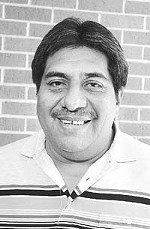 No Quiet on the Eastern Front

The choice for Place 2 presents two approaches to Eastside issues.

Rounding Out the Ballot

The minor party candidates and the council races.

Lege proposals to privatize jails may not be the cost-cutter supporters claim.

May 3 a Turning Point for ACC

Waiting for Ratliff: the Lege Ship Sinks and The Lifeboats are leaking

"The Definition of Hell"

The Mayor's Task Force on the Economy is not completely clear on the concept. 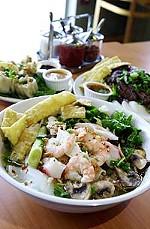 All the movies you can watch and all the food you can eat: Virginia B. Wood reveals the Eat, Drink, Watch Movies lineup for spring.

Indian food and Austin were made for each other!
music

A few reasons why the Old Settler's Music Festival is 16 this weekend.

More Fun in the New World

Hate, Monday at the Hug & Pint, Sleep and Release

Now what kind of mother would take her kids to see a movie about juvenile delinquents serving time in a hard-labor prison camp? A smart one, if she's read Holes, Louis Sachar's wacky, wickedly funny children's book that makes the leap to the big screen this Friday.

Everybody's doing it -- devouring Holes, that is, this year's selection for citywide reading.

The Cinema of Dual Citizens

In the upcoming series Driven into Paradise: European Émigré Directors 1933-1950, the Austin Film Society will be screening (at the Alamo Drafthouse) six classic films reflecting the ethical sensibilities and aesthetic innovations of these exiled masters.

Passionate documentaries, visually poetic features, work by young directors and marginalized voices are all part of this year's Sixth Annual International Film Festival of the Americas.

Ghosts of the Abyss

Adapted from the children’s book by Austin author Louis Sachar, the film features LaBeouf as a teen stuck at a Texas camp for juvenile delinquents. With the aid of a live Internet connection, Austin artist Cinqué Hicks will project the portraits and messages of people from around the world in a public space, where people in one community can recognize that they are also "global nomads" and part of the larger community of the world.

Something Someone Someplace Else

With an exceptionally thoughtful program and a performance brimming with joy and gusto, the Miami String Quartet proved itself a thoroughly engaging conversationalist worth listening to.

Ballet Austin's Touch, choreographed by Artistic Director Stephen Mills, was one of these rare productions that have both stunning choreography and dancing, but also seem to open a level of emotional connection with the audience that's more direct than even language-based works of art.
columns

Deconstructing the endorsement process, and more thoughts on the power of protest and principled dissent.

Winning the war in Iraq is not a measure of our country's morality.

I recently heard about a product called NADH that can help people with chronic fatigue syndrome. I don't have that problem, but I certainly get tired sometimes and wish for something safe that would give me an energy boost. Would NADH help and at what amount?