Reproducing Greens and the Silver Standard

Blame It on God, Gender, and Sex -- and Gender

Lead With the Drunk

Kealing Junior High may add a sixth grade -- at the expense of its three Eastside elementary feeder schools.

Get Your Brain on with Cartoonist David Rees

A profile of cartoonist David Rees, coming to Austin to promote his book Get Your War On

Bodies Pile Up at KOOP

In Central Texas, the "progressive" agenda can trump the GOP "majority."

After Nov. 5, a preview of Texas government to come 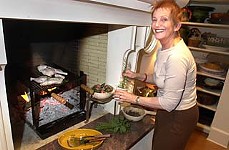 Living in the Moment

Virginia B. Wood discusses the untimely death of her friend and Austin "pioneer" Patrick Knight in this week's "Food-o-File."

Wes Marshall finds some French wines that both Ann Clark and your wallet will approve of.

Austin is the new Japan! In this week's "Second Helpings."
music

Daniel Lanois confirms as SXSW keynote, Springsteen cancels, and another club -- the Six of Clubs -- closes. Biz as usual, in other words.

'Chronicle' on the Air! 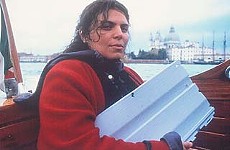 First You Laugh, Then You Join Greenpeace

Ilan Mitchell-Smith, the "other dude" from Weird Science, reflects on his Teen Beat past and on co-star Anthony Michael Hall.

While viewers are asleep at the remote, the FCC is pondering some dangerous deregulation.

Eminen's semi-autobiographical story of a young, white rapper on the rise in Detroit has a soft-focus Hollywood tint.

A triumph of style over logic, this is still one of the best films from this period of De Palma's career. 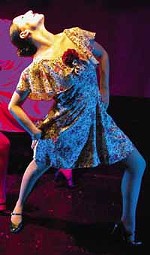 Run by Families, Run for Families

It's a Friday evening at the Santa Cruz Center for Culture, and as the Aztlan Dance Company rehearses its production of Reflexiones '02, the company shows how after 30 years it's still not only an exhilarating dance company, but very much a family affair.

Ralph White's painting Segment of an Unknown Journey is suggestive of both microscopic and telescopic views, bearing at once a resemblance to a dye-drenched photo of a living cell after mitosis and a polychrome picture of distant, light-smeared celestial bodies taken by the Hubble telescope.

Salvage Vanguard Theater adapts the classic Russian folk tale of Vasilissa the Beautiful into a new urban opera, Motherbone, that may have some rough edges, but is an amazing showcase for the musical passion of Graham Reynolds as well as the company's pluck and determination.

The Oswald Gallery's retrospective exhibit of Yousuf Karsh's black and white portraiture is a small sample of Karsh's career, perhaps, considering the span of years in which he worked, but it's a representative one, and perfectly displayed in the snug front gallery.
columns

In the wake of the Republican Dream Team's electoral sweep, expect the governmental services you depend on to be diminished.

Oh! It's such a chore to pull one's self together for a night out on the town … but some nights are really worth it. Plus, we are hosting another Drag Ball. Details inside.

My nails were never great, but the last two years I have really suffered from nails that are too soft to hold up to daily wear and tear. I also notice some ridges developing. What can I do to improve them?