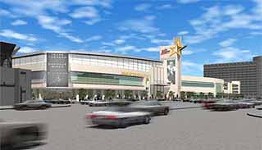 Karl Rove had a brief but interesting stint as a UT politics instructor.

The I-35 expansion project runs into trouble as it tries to avoid "impacting" historic Eastside properties.

PODER vs. H-Zoning: Ready for Round Two?

The city, APD, and police union haggle over what kind of "independent" review will be made of the King shooting.

A 23-year-old Southwest Texas student spent five nights in county jail -- for having his checkbook stolen.

News briefs from Austin and elsewhere.

The Enviro From KBR

Farewell to a Giant

The late Sen. Paul Wellstone was larger than life.

Austin could learn something from Vancouver about public planning information. 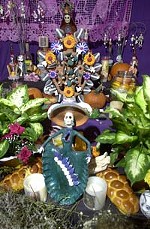 Día de los Muertos: The dead can only consume the 'vapors' emitted by our festive foods, so the rest is for us.

This nutty milk drink will warm you on chilly nights

Your Very Own Ofrenda?

Virginia B. Wood breaks out.

Legends of the Super Heroes

Shootout at the OK Chinese Restaurant

Voices Inside: An Acoustic Record

Spike Lee's latest documentary, Jim Brown: All American, looks at the turbulent life of the "greatest football player ever." Lee and Brown will be in town Tuesday to present the film at the Westgate Cinema.

A brief survey of French cinema in the Nineties

Good movies, good cause: LunaFest lands in town to raise cash for The Breast Cancer Fund.

This year's political campaigns have been just as stupid and offensive as previous ones, but at least Jon Stewart knows how to wrangle a good punch line out of them.

Cabaret artist Ann Hampton Callaway returns to Austin to share not only her talents in performance, but, in working with a select group of local singers, she'll be sharing her insights into the form of cabaret, ways in which they might find their own place in it, and literally sharing the Scottish Rite stage with them.

John Posey's Father, Son & Holy Ghost is football on the field on the stage.

The Elixir of Love

Director Robert DeSimone relocates Gaetano Donizetti's comic opera The Elixir of Love action from the Basque countryside of the original to a 1950s-era bottling distribution warehouse, but he keeps the story clear, and his fine young cast delivers the warmth and humor of this charming opera with colorful aplomb.

Edmundo is writer-performer Jennifer Haley's imaginative, scurrilous, charming creation, part dusty, crude, but enjoyable vaudevillian, part raconteur of an era long past, and his story may be a bit dark, but Haley unfolds it with so much theatrical flair that it is impossible not to have something of a good laugh at the vagaries of Edmundo's chaotic existence.

Bite the bullet and vote.

My city recently voted to begin fluoridation of the municipal water supply. Should I be concerned, and if so, how would I remove the fluoride?

You can't always be who you want, but if you try sometime you just might find you can be who you need.