Running to the Middle

Part II of the Chronicle's preview of the Nov. 5 general election

David Dewhurst runs against everybody but money.

"It's Extremely Easy to Frighten People"

County Jail: Not So Bad

King Inquiry: What Next?

Robert Rodriguez runs into conflict with the Austin musicians' union over scoring his new release.

Everybody suddenly wants to take credit for commuter rail.

Cheese, in all of its artisanal, aromatic glory, takes its rightful place at Austin's tables.

Virginia B. Wood checks out the cheese library.

Sarah Bolton lost her luggage on a cheesemaking trip to Armenia, but she gained some priceless knowledge and relationships.

Virginia B. Wood's on her way to the Southern Foodways Alliance symposium in Oxford, Miss., but she still finds time to take you out to dinner and a movie in this week's "Food-o-File."

They say that lunchtime is the right time.

Another festival weekend, this time jazz; plus Mars Music not going under, and Bill Hicks -- still dead, more CDs. 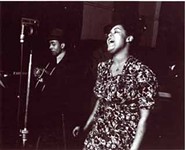 Wish You Were Here

Snapshots from the 2002 Austin Film Festival.

Film reviews from the 2002 Austin Film Festival, and lessons learned from the biz's top talents.

Belinda Acosta has been having trouble watching television lately. It's what isn't on television that's keeping her up at nights --the conspicuous absences, the loud silences.

History, they say, is written by the victors, so it can be enlightening to revisit it through the eyes of the vanquished --as is the case in this affecting post-war drama.

The Italian film which was adapted for the American remake starring Zach Braff.

An urban myth about a videotape that causes the death of anyone who watches it is given a good workout in this American remake of the Japanese horror sensation.

The title for Keith Carter's exhibition at the Austin Museum of Art, "A Poet of the Ordinary" describes the photographer to a tee, a man who takes subjects from the everyday world and takes pictures of them that tell their story with the distilled purity of expression that characterizes great poetry.

In her new cabaret performance piece Edmundo, writer and actor Jennifer Haley dallies with a man who needs to have it all.

A row of shining tines, wrought like the iron spire fences hemming in 18th-century churches, but burnished to blinding brilliance in ultra-modern stainless steel, stand at attention on the wall of D Berman Gallery, and the clash of the familiar and the novel is disarming.

With The Incubus Archives, playwright David Hancock, director Vicky Boone, the show's designers, and a group of actors as fierce and committed as they come have crafted a theatre-sized dreamscape, in which subjects seem to bubble up from the darkness of the subconscious and bizarre images erupt into view to ponder the nature of evil.

If director Don Toner's staging of Copenhagen, a drama about 20th-century physicists Niels Bohr and Werner Heisenberg, is good but unexceptional, the trouble may lie in Michael Frayn's script, which is full of intriguing ideas but less than satisfying as a story.

My bowel habits have been poor all my life, and seem to worsen as I get older. I am well aware of the importance of good elimination. How can I do better?