Born to be Reviled

Interstate 35's worst stretch is also its most politically organized -- and that's a problem for TxDOT.

The I-35 improvement project is running way behind schedule -- in part because it keeps growing.

Pols Listen to Voters -- What a Concept

In the Shadow of the Shepherd

Give It a Rest

Homeless people still get tickets for public sleeping, even though city law no longer bans it.

'Simone' Premieres -- at the Credit Union

Short news items from Austin, the region, and the world

Austin @ Large: No Picnic for PARD

Parks & Recreation downsizes, shedding functions that perhaps it never should have had.

San Diegans pay for sorry sports teams; and a small town stuffs Ronald McDonald back into the clown car. Thank You Very Much, Mr. Robata

Claudia Alarcon tells you about dining with all of the senses at a unique Austin Japanese restaurant.

Virginia B. Wood comes bearing nothing but glad tidings and good food news in this week's "Food-o-File."

"Second Helpings" shows you a little of Austin's Italian.

Danny Crooks, down with the ship once again

It's Bullock Time -- and I Don't Mean Sandra 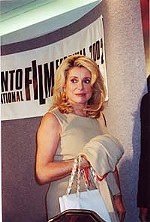 It was a good year -- not a great one -- for the Toronto International Film Festival.

If one were to graph Mickey Rourke's career, one would find the peak way back in the mid-Eighties, back when Rourke was an A-list actor who actually starred in films rather than randomly popped up, as he does these days, as a weathered cameo player swallowing his bit parts whole. Somewhere on the summit of that peak sits Angel Heart.

Black comedy about youthful unraveling while on lam from boarding school.

When Lana Dieterich is acting, nothing seems calculated or forced, no step is false. Her performances are smooth as glass, as silk, as a ride on the bike that she pedals regularly around her Hyde Park neighborhood.

Actor, writer, choreographer, and Troupe Texas company member Sarah Ing has passed away at the age of 29.

The latest production of Twelfth Night from the Austin Shakespeare Festival is full of such strange staging, acting, set, costumes, and sound that viewers end up with less a romantic comedy and more a mass of whirling, flailing confusion.

Second Youth Family Theatre's season opener is a perky and enjoyable sampler of the works of Samuel Clemens, better known to readers of literature and fence painters the world over as Mark Twain.
columns

Anyway you cut it, I-35 is a major problem with no easy solution.

For the past 20 years or so I have conscientiously restricted egg yolks to less than three per week as advised by my physician. Do I need to continue to be cautious, since recent news indicates that eggs are not as bad as once thought?

The White House is intent on totalitarian measures and war; it employs incoherence because it cannot speak plainly of its machinations.