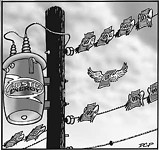 In a tight budget year, Austin Energy's debt management fund is under scrutiny.

A summary comparison of Austin Energy's current and recent budgets

Witness testimony in the capital murder trial of Michael Scott, the second defendant to stand trial for the yogurt shop murders, began August 14.

To Dog or Not to Dog

The proposed Convention Center garage finds few friends, and even trips over a city official's own testimony.

News items from near and far

On the Stratus Party Line

The Battle for Senate District 14

Austin @ Large: Before the Flood

The Waller Creek Tunnel could have been a boon to Downtown; now its just another failed proposal in the City of Ideas.

Where to Get Fresh-Roasted Green Chile

Chiles 101: The Science Behind the Burn

Need another reason to eat hot peppers? How about a way to lose weight? MM Pack reviews Heidi Allison's The Chili Pepper Diet to see if it's too good to be true.

The Chile Chronicles: Tales of a New Mexico Harvest

Sandy Szwarc checks out The Chile Chronicles and learns that farming in New Mexico is a strikingly complex endeavor.

Hot Peppers: The Story of Cajuns and Capsicum

"Happily, the University of North Carolina Press saw fit to reprint this little classic in 1999, and it remains readily available to anyone interested in the history of American hot sauce, as well as in a thoughtful portrait of a rapidly changing segment of American Southern culture," writes MM Pack. Find out why.

Virginia B. Wood goes stream of consciousness in this week's "Food-o-File." 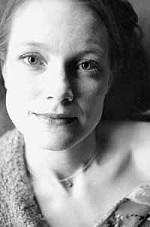 The Way They Get By

Spoon ladles up another winner

Sleeping With the Blues

The Age of Restoration

Reviled at the time of their release, silent cinema classics Metropolis and The Thief of Bagdad get their due at the Paramount Theatre this weekend.

"I wanted to write a prison movie, and it felt like the Retail Rodeo was the perfect place to set it," says screenwriter and actor Mike White of his new film, The Good Girl.

Bill Moyers and Joseph Campbell remind us of a time when a talk show largely meant listening.

Pure camp, with a capital C.

The Adventures of Pluto Nash

All the acts taking part in this year's Austin Latino Comedy Fiesta in the Paramount Theatre on Saturday night did a great job of working the crowd, but the audience didn't demand much in the way of innovation from them.
columns

Returning from vacation offers a new appreciation for the city -- and for uniquely Austin events like the Austin Chronicle Hot Sauce Festival.

Stephen talks about a few up and coming fashion events and tells Brooks Coleman what he can do with his Erector set.

I had stopped worrying about brain cancer from cell phones until another worrisome report came out recently. I can't give up the convenience of my cell phone, so how real is the risk, and are there ways to reduce it?

Odds and Ends: Hello to Rich Beem and the baseball strike; farewell to Dennis Miller and Terrell Davis.