AISD's notion of mold remediation might be too little money, too few schools.

A list of AISD mold remediation projects funded by money from the bond package.

Even after being dropped, Linda Curtis' lawsuits could impact city politics.

The Texas Ethics Commission faces Sunset Review; meanwhile, a commission watchdog faces a sunset of its own.

Some Justice in Tulia

An "anomaly" in Tulia bust?

May 4 Election at a Glance

The Chronicle's endorsements for city council and charter amendment proposals

Inside Books Turned Outside

Ya Gotta Have Friends

It takes a community to support the schools.

A look at the proposed utility consumer analyst 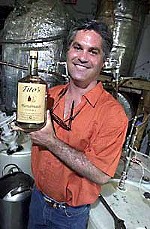 How a little Austin distillery caught the attention of worldwide vodka drinkers.

Divided by Two Singers Who Should Know

The maturation of Eliza Gilkyson

When I Was Cruel

The Texas Documentary Tour presents festival hit Trembling Before G-d, in which Orthodox Jews try to reconcile religion with their homosexuality.

Experimental filmmaker Craig Baldwin is down on corporatization and up with aliens, presenting a compilation of his work at the Blue Theater's Blue Screen series.

Here's a chance for you to give a little love to your friends at the Austin Film Society.

If wishes were kangaroos, the Captain would be back on the tube ... And other "TV Eye" wishes for a brighter, better TV tomorrow.

A sublime, Surrealist comedy from the Marx Brothers, in which Groucho plays the new dictator-for-life of tiny Freedonia who declares war on a whim on neighboring Sylvania.

With The Medea Stories, the St. Edward's University Theatre Department with guest artists from the SITI Company reinvents Euripides' tragedy as a modern courtroom drama and connects us to Medea's tale with immediacy and a great urgency.

Rick Ehrstin's play The Rainbow Machine is ultimately a tale of a man and a woman who simply cannot communicate, but this idea is drowned in a deluge of words and much tangential, quasi-absurdist schtick.

Mary Queen of Scots Got Her Head Chopped Off

Mary Queen of Scots Got Her Head Chopped Off, Liz Lochhead's award-winning dramatization of the bonnie queen's reign, is an ambitious first production for Renaissance Austin Theatre Company, but producer Lorella Loftus prevails by enticing some of Austin's finest actors from the Shakespearean courts to the realm of the experimental.
columns

What is different about the "super water" now appearing in health food stores? Is it really healthier than regular bottled water?

Tiger Woods is a column-killer; what more is there to say about The Glory of Tiger?

Why has the Bush administration ignored warnings about the catastrophes that would befall our nation as a result of a terrorist attack on any of our 103 nuclear plants?