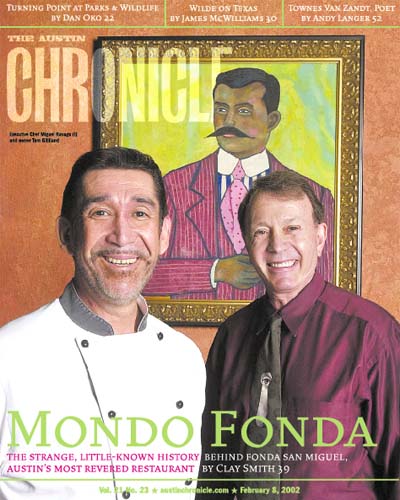 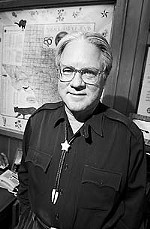 Excerpts from an interview with Robert L. Cook

The city, businesses, and residents all seem pleased with the results of the East Martin Luther King Neighborhood Planning Workshop.

Making Hay at the ARA

The city's Neighborhood Housing and Community Development Office moves on up to the Eastside.

An Abstinence of Judgment

The Bush administration's new appointee to the Presidential Advisory Council on HIV / AIDS is motivated more by ideology than science, critics warn.

The city's plans to create a hospital-within-a-hospital at Brack hit yet another snag.

Who Owns the Ancestors?

Excavations near Victoria promise a scientific gold mine, but possible objections from Native American leaders leave the project's fate uncertain.

An update on the Virginia Glore Case

A Federal Case Against EPA

Problems Down the Pipeline

The charter vs. the election code in court

Linda Lay is a poor little rich girl; the WTO bites its own creators; Enron got what it paid for. 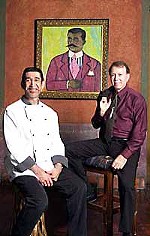 Miguel and the Miracles

Why Austin's most revered restaurant, Fonda San Miguel, is still in business against all odds.

Hostess With the Mostess

All the restaurant news that fits 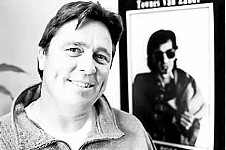 The making and subsequent success of Poet: A Tribute to Townes Van Zandt

I Come From the Water

The Austin Music Awards lineup is announced, as are new ratings points for KUT.

Get Your Jojo Working 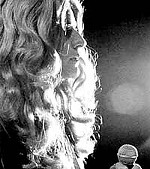 Film on the Fringe

A local arts program provides fun for kids after school.

Love and a VCR

Don't have any one to cuddle up to on Valentine's Day? Hunker down with the most romantic moments in movies instead.

Michael Bay gets into "Leather" …

"Down There" gets its proper due on HBO. 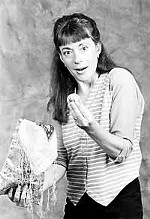 How Playfest's Bernadette Nason Got Hooked on Theatre

As Playfest begins its 10th season this week, the Chronicle turned to actor-storyteller Bernadette Nason, one of the longtime regular contributors to the festival, to see what part theatre played in her childhood and how it influenced her current work.

Pat Jasper gets a Valentine's tribute for her years at Texas Folklife Resources, and playwrights John Walch and Paullette MacDougal enjoy a couple of out of town openings.

In the Zachary Scott Theatre Center's production of Hedwig and the Angry Inch, Andrew Rannells is wonderfully ablaze in the role of the German-born rocker whose sex-change operation was botched, and everything about this hilarious musical spectacle has been fine-tuned to maximum pleasure.

In Madame X, playwright Ann Ciccolella dramatizes the events surrounding the creation of Sargent's famous portrait of Virginie Gautrau, using them as a springboard for an absorbing inquiry into the meaning and relationships of art, beauty, and society.

The events of the week form themselves into a kind of poetry.

To be an artist is to live a life of service to one's gift.

After a relaxing walk on the beach, grab a cuppa joe and a pastry at Beeman's Coffee Bar.

I am trying to convince my husband to reduce his salt intake. He doesn't have high blood pressure, but it does run in his family. What reasons can I give him?

Pills in the hand are worth a mouthful of Bush and some Texas Film Hall of Fame teasers are the tip of this week's dish iceberg.

Mark Cuban has transformed the once-pathetic Dallas Mavericks into an elite NBA squad -- but they're not quite there yet.