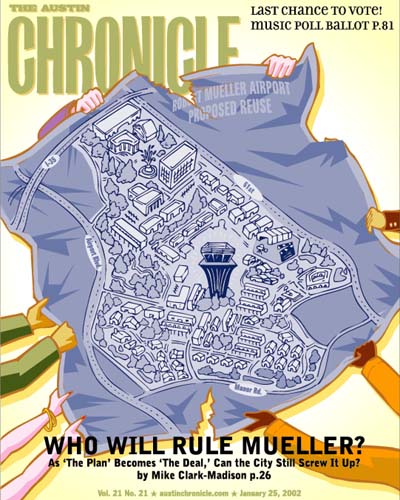 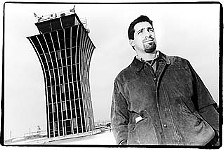 Who Will Rule Mueller?

Can the city keep the Mueller redevelopment project on course?

Who Are These People?

The proposed developers for the new Mueller

The Austin Film Studios find a Home at Mueller

Can Edison Pass the AISD Test?

Would the real Austin Film Commission please stand up?

Council holds a hearing on the new Brackenridge lease plan.

East Austin gets passed over for a HUD empowerment zone.

KUT does major reconstructive surgery on its schedule, risking the wrath of change-phobic listeners.

Preview of Ralph Nader and Democracy Rising's visit to Austin

From the Dept. of Blind Ignorance (and Blind Optimism)

Suddenly, Enron finds itself devalued in every sense, including politically.

The roots of the Seton and CSC conundrums

Enron's true crimes are the legal things it did; Boeing patriotically rips off us taxpayers; and Bob Barr acts like a crack smoker.

Restaurants on the Road 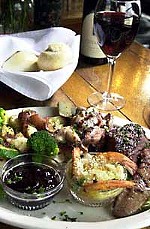 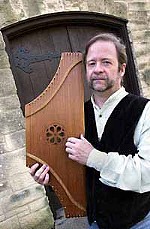 How music from the Medieval and Baroque eras impacts us today

KUT gets a facelift; the Flatlanders resurrect.

A Handy Award To Have

Don't Fall in Love with Everyone You See

Together at the Bluebird Cafe

This Will Help You On Your Way 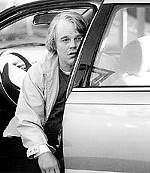 Greg Falcon makes very funny "fanimutation" -- animation in the style of "Web celeb" Neil Cicierega, some kid from the 'burbs who also happens to be very funny.

The New iMac: Futurism Is So Passé

The new iMac may not be the fastest desktop machine on the block, but it's a real good dancer.

The Alamo Drafthouse is feelin' alright, while the rest of Austin isn't feeling too good itself.

Life ain't the only thing that's like a box of chocolates -- talk shows are, too!

The Count of Monte Cristo

Lantana is an unconventional suspense film that succeeds on a smaller, more intimate scale. The avoidance of deus-ex-machina plot twists and the reliance upon tension generated by interpersonal situations drives the film. – Marrit Ingman

Shoot Or Be Shot

A Walk to Remember 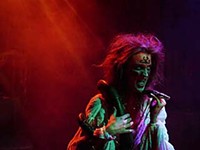 In The Dinosaur Within, playwright John Walch links people of vastly different worlds, each of whom has suffered some traumatic loss, to show us the necessity of letting go, and the State Theater Company production communicates that message with compassion, humor, and grace.

In Austin Lyric Opera's production of the opera A Streetcar Named Desire, director Brad Dalton and his design team translate the unsettled mental state of Blanche Dubois into literal elements of the setting, creating a distorted, exaggerated, haunted work.
columns

Ralph Nader and the Green Party are willfully naive about the consequences of their recent electoral actions, but events such as their upcoming People Have the Power Tour are the birthplaces of broader, more effective coalitions, the setting for new alliances.

Windmills play a powerful role both in Texas' past and present.

Whose weekend was more chic: Austin's or Hollywood's? Find out as our Style Avatar ponders the Jingle Ball and the Golden Globes.

Where else can a teetotaler get the benefits of red wine?

Diabetes can be a problem for HIV-positive people taking drug cocktails.

In a Vail sports bar, Coach once again meets up with his old pal Cedrick Trout, and the mad-dog Raiders fan isn't in a good mood.